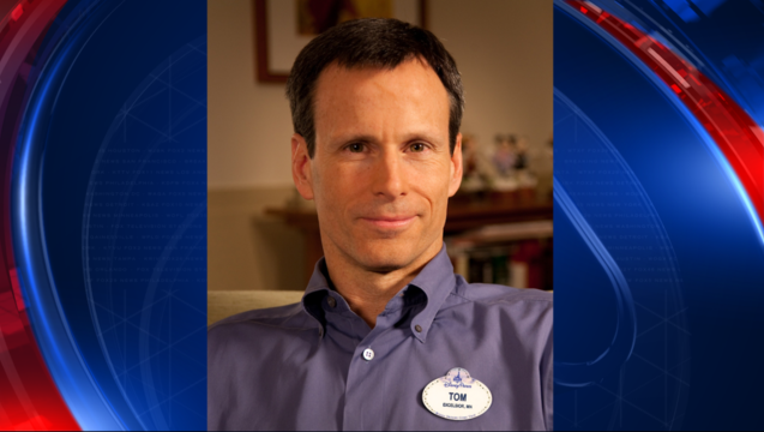 LOS ANGELES (AP) - Tom Staggs, the presumed front-runner to replace Bob Iger as CEO of The Walt Disney Co., is leaving the company next month.  The surprise announcement Monday means Disney will have to look further for Iger's successor after he steps down in June 2018, a date the popular chief executive has extended twice.

Staggs, a 26-year Disney veteran and its chief operating officer, had been assumed to be on track for the top job after the next leading candidate, Jay Rasulo, resigned last June as chief financial officer.

Staggs was promoted to COO in February 2015, a promotion taken as a sign that he had won the internal competition to eventually take the Disney reins.

Disney said in a statement Monday that it would "broaden" its search for CEO candidates.

Top executives will go back to reporting to Iger.

He led the parks and resorts unit since 2010 in a job swap with Rasulo intended to give each executive the rounded experience required to become CEO.

However, Staggs lacked experience in the TV and film businesses, which face challenges as consumers rapidly adopt new technology and change their viewing habits.

Robin Diedrich, a senior analyst with Edward Jones, said Iger's shoes will be tough to fill. Disney's stock has more than tripled since he took over in 2005 after a raucous shareholder campaign against then-CEO Michael Eisner.

"Disney is a creative company and that's really the driving engine behind their earnings power," she said. "They're also entering a technologically focused decade. They know they need to get that right. That may be what the board is looking for."

Monday's announcement may draw out external candidates. But it also raises the profile of other top internal contenders, such as Kevin Mayer, who became chief strategy officer last June, or John Skipper, the president of ESPN.

Follow AP Business Writer Ryan Nakashima at https://twitter.com/rnakashi . His work can be found at http://bigstory.ap.org/content/ryan-nakashima