WASHINGTON - Facing bipartisan criticism over its approach to immigration, the Biden administration on Thursday announced new rules that require authorities to only pursue migrants who recently crossed into the country without permission or are deemed to pose a threat to public safety.

The new guidelines replace interim rules issued in February and initially blocked by a federal judge in August as part of a lawsuit brought by Texas and Louisiana. They break from a more aggressive approach to immigration enforcement under former President Donald Trump, who early in his presidency directed authorities to apprehend anyone who was in the country illegally.

The release comes as President Joe Biden has come under fire from allies for his reliance on a Trump-era public health authority to rapidly expel migrants encountered on the U.S.-Mexico border while also facing Republican criticism that he hasn't done enough to counter a sharp increase in migrants seeking to enter the country. His administration has expelled about 5,000 Haitians who crossed the U.S.-Mexico border at Del Rio, Texas, in recent weeks.

Department of Homeland Security Secretary Alejandro Mayorkas told reporters that the new policy was based on the reality that the U.S. can’t go after all people in the country without legal status and shouldn’t try because many "have been contributing members of our communities for years." 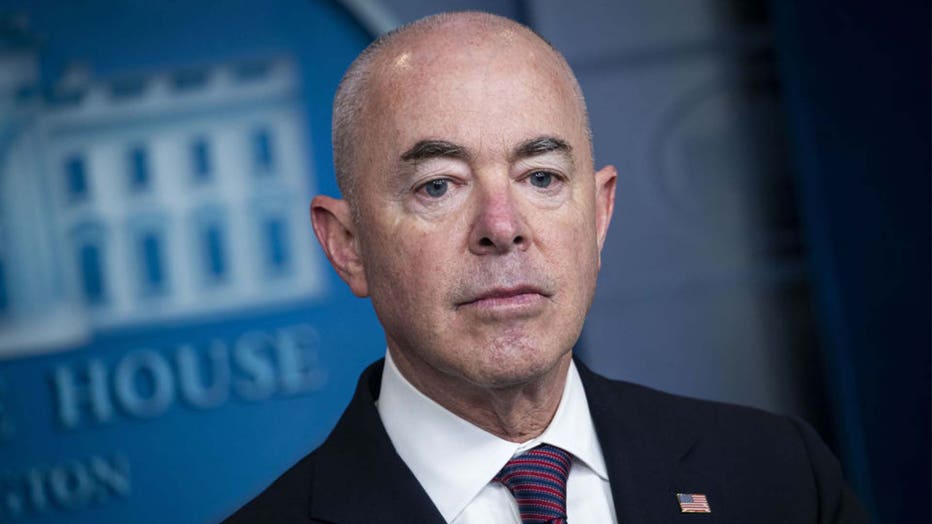 FILE - Alejandro Mayorkas, secretary of the U.S. Department of Homeland Security, during a news conference in the James S. Brady Press Briefing Room at the White House in Washington, D.C., U.S., on Friday Sept. 24, 2021.

RELATED: Mayorkas says as many as 12K out of 17K migrants have been released into U.S., and ‘it could be higher’

Authorities will be directed to focus on noncitizens who have crossed recently, defined as after Nov. 1, 2020, or who determined to be a threat because of "serious criminal activity." Homeland Security includes U.S. Immigration and Customs Enforcement and the Border Patrol.

Unlike the interim rules, the criminal activity is not limited to the category known in legal terms as an aggravated felony but will depend on the "totality of the facts and circumstances," Mayorkas said. The new rules take effect Nov. 29.

Immigration authorities would be prohibited from arresting and seeking to deport someone in retaliation for exercising First Amendment rights, such as joining a protest or taking part in union activities.

Advocates for strict immigration enforcement have criticized the interim guidelines, which were similar in intent as the newly released rules, because they were seen as a top-down approach and one that precluded low-level arrests that might yield investigative leads into bigger cases or help serve as a deterrent to illegal immigration.

A federal judge in Texas blocked the interim rules in August, ruling that the administration did not have discretion to choose which migrants to detain, but a federal appeals court allowed the guidelines to take effect while the lawsuit proceeds.

Mayorkas said it makes little sense to pursue all of the estimated 11 million people in the country without legal status, even if the U.S. had the law enforcement capacity to do so.

"They contribute to the well-being of our country and justice requires that we exercise our discretion accordingly," he said. "The fact that an individual is a removable non-citizen should not alone be the basis of an enforcement action against them."

Fox News obtained pictures of the growing surge as border agents scramble to deploy additional resources to the growing encampment, which authorities claim may still grow by the thousands.

Trump's administration took hundreds of measures to restrict both legal and illegal immigration, including a zero-tolerance policy on border crossings that resulted in the forcible separation of thousands of families and requiring asylum seekers to await the processing of their cases in Mexico.

In the end, total deportations were higher under the first term of President Barack Obama, who enacted enforcement priorities similar to Biden's, than under Trump. That was due in part to a lack of cooperation from many cities and states whose leaders opposed Trump's immigration policies.