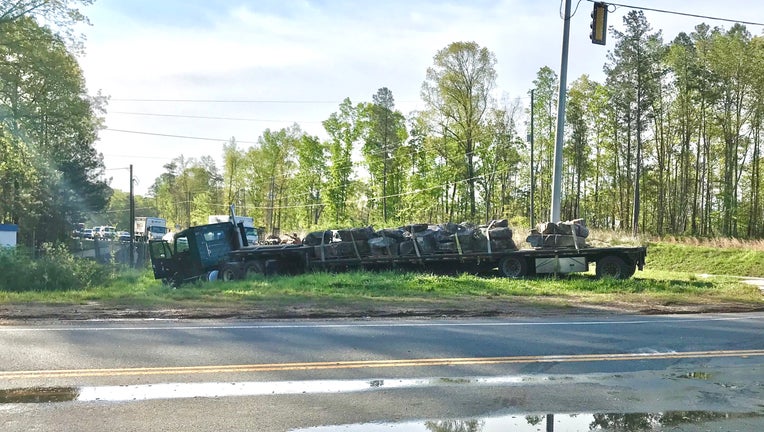 CHEROKEE COUNTY, Ga. - A woman is dead after deputies in Cherokee County said a tractor-trailer struck the SUV she was driving Friday morning.

It happened around 8:13 a.m. at the intersection of Knox Bridge Highway and Highway 108 in the Sutallee community. Deputies said witnesses reported seeing the tractor-trailer, which was hauling boulders, run a red light and collided with the SUV.

The woman driving the SUV was rushed to Northside Cherokee Hospital where she later died from her injuries. Her name has not been released.

The tractor-trailer driver stayed on the scene and was not injured.

Highway 108 remained closed for a couple of hours while deputies investigated.

Charges are pending as the case remains under investigation.