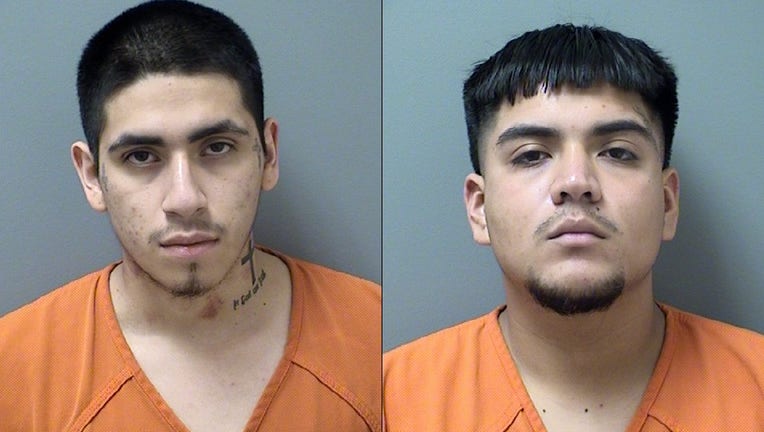 David Solano and Kevin Saucedo are both charged with conspiracy to commit murder.

Investigators say they found 41-year-old JonDavid Russell Johnson shot on the street near the intersection of Wade Green Road and Highway 92 in Acworth on June 26. He later died from his injuries.

After an investigation, deputies say they identified two suspects after their images at a Shell gas station near the scene of the crime were released on Friday.

According to officials, 19-year-old Roswell resident David Solano turned him in to detectives on Saturday. That same day, officers arrested 21-year-old Kevin Saucedo of Alpharetta at a location in DeKalb County.

Immediately after the shooting, investigators said they were on the lookout for two women, 30-year-old Krystal Dianna Campbell and 33-year-old Shene Lucretia Kirk as persons of interest in connection with the case. Authorities say they located Campbell's car abandoned in a remote part of Gordon County following the homicide. Both women have active warrants for them for prior crimes.

After the arrests, deputies say they believe that the shooting was drug-related and have not ruled out other suspects.

Both Solano and Saucedo are in custody at the Cherokee Adult Detention Center charged with conspiracy to commit murder.