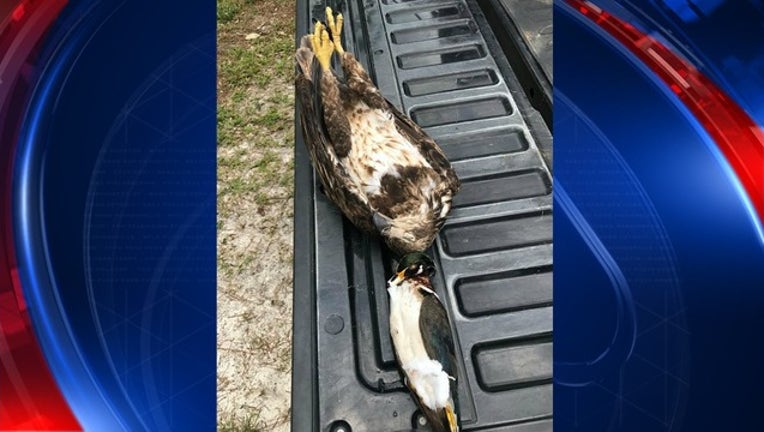 A dead bald eagle has been recovered and two people have been charged after authorities received information that someone was looking to have the bird mounted, according to a Facebook post by the Law Enforcement Division of the Georgia Department of Natural Resources.

Multiple charges were filed against the suspects, and the cause of death of the eagle is still under investigation, according to authorities.

The eagle and duck were seized as evidence, and can be donated to an educational institution once the case has been settled, according to the Facebook post.

Most people realize that eagles are protected by state and federal law but all other non-game migratory birds, which included all common songbirds, are protected as well by the Migratory Bird Act.