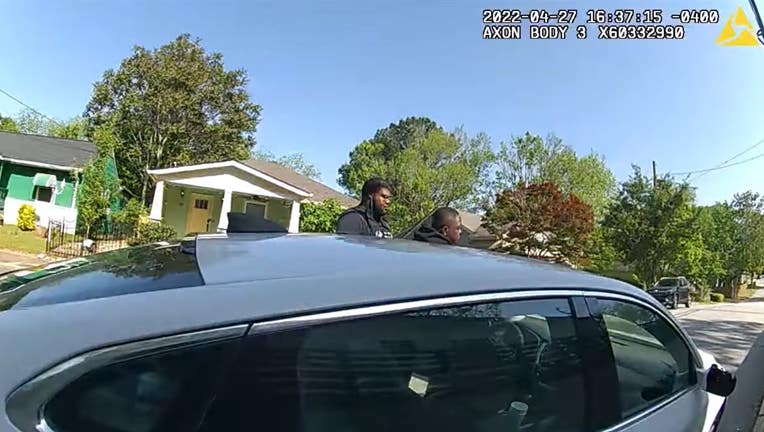 ATLANTA - A convicted felon is behind bars after police say a traffic stop revealed a gun, ski mask, and drugs in Atlanta.

On April 27 at around 4:30 p.m., Atlanta police officers stopped a car with no registration near Manigault Street and Walthall Street.

While talking to the driver, officers say they learned he didn't have a driver's license on him and smelled the odor of marijuana.

In their search of the car, officers say they found marijuana, suspected Oxycodone, a Glock 21, a black ski mask, and more suspected marijuana.

The driver, identified as Pontius Thomas, is a "dangerous" convicted felon our of DeKalb County, police say.

Thomas is now in custody at the Fulton County Jail.

His car was impounded due to having no tag or valid registration.