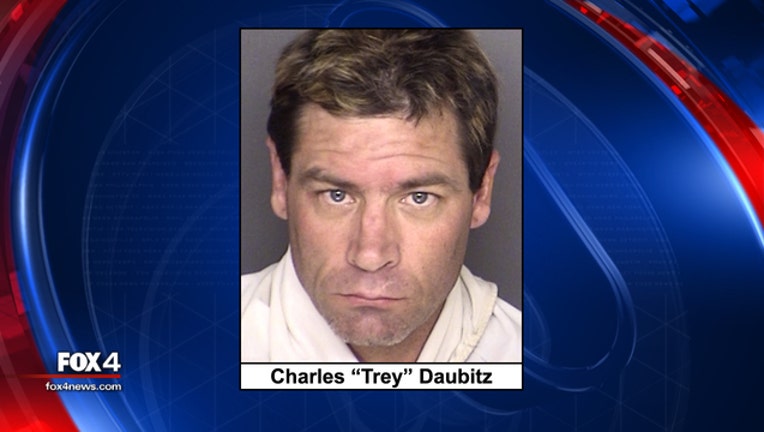 MIDLOTHIAN, Texas - A Midlothian father pleaded guilty and was sentenced to 20 years in prison for giving drugs to his teenage daughter.

Police said 45-year-old Charles “Trey” Daubitz started giving his daughter methamphetamine and other drugs when she was only 13 years old. He even took her with him to drug houses and she quickly became addicted.

Daubitz was arrested last September. Police said the girl’s mother reported finding meth on her even after she was released from a drug rehab program.

“Contrary to the popular narrative being told in our country today, this is the type of drug offender that is going to prison. Daubitz is not some simple drug user who possessed a small amount of narcotics and only harmed himself.  He seriously harmed others. The criminal justice system provided him with multiple opportunities to reform and rehabilitate, through both probation and parole. This 20-year prison sentence is not the result of the failures of our society. This sentence is the result of the failures of Trey Daubitz,” Ellis County District Attorney Patrick Wilson said in a statement.

Daubitz had prior convictions for forgery, escape and the delivery of a controlled substance.