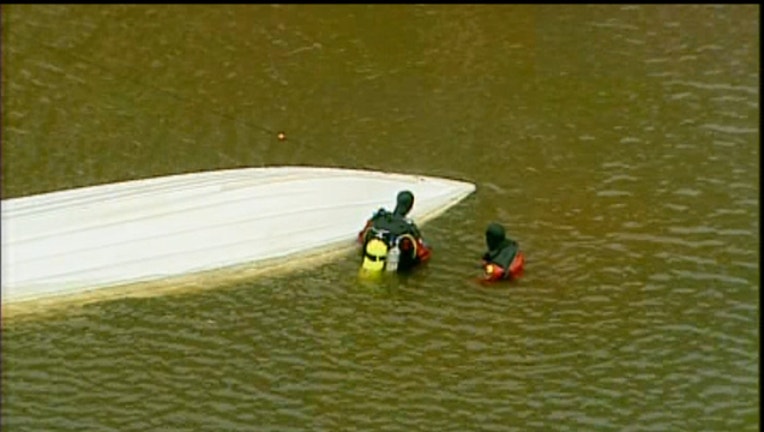 CHEROKEE COUNTY, Ga. - Authorities say they believe a body recovered from Lake Allatoona on Sunday may be the victim of a tragic boat accident earlier this month.

Mark McKinnon, with the Department of Natural Resources, said they received a report Sunday about a body in the area of where the February 2 boating accident occurred. Authorities say one person was killed, one was injured and one was missing after two speedboats collided on Lake Allatoona.

Authorities were able to rescue one man from the water. He was transported to the hospital alert and breathing. Later, crews recovered the body of another man.

They continued looking for the other missing man, 67-year-old Ronnie Bently, for days but eventually suspended their search.

The lake is about 30 miles northwest of Atlanta and is on the Etowah River, a tributary of the Coosa River.