COVINGTON, Ga. - A Georgia police officer who was shot in the line of duty is now back at work after nearly two years of recovery.

The Covington Police Department shared a photo of Officer Matt Cooper Monday to welcome his back to the force.

"Officer Cooper is back at work! Welcome back Matt," the department wrote.

On September 3, 2018, police said Cooper responded to a shoplifting call at the local Walmart When the suspect ran away, Cooper went after him. The man suddenly fired at Cooper, striking him in the face.

Cooper was transported to the hospital and later transferred to the Shepherd Center for intensive care and therapy. The injury led to a series of strokes that left Cooper partially paralyzed on his left side.

But since the shooting, Cooper made a remarkable recovery. He credited his wife for her unwavering support and strength. 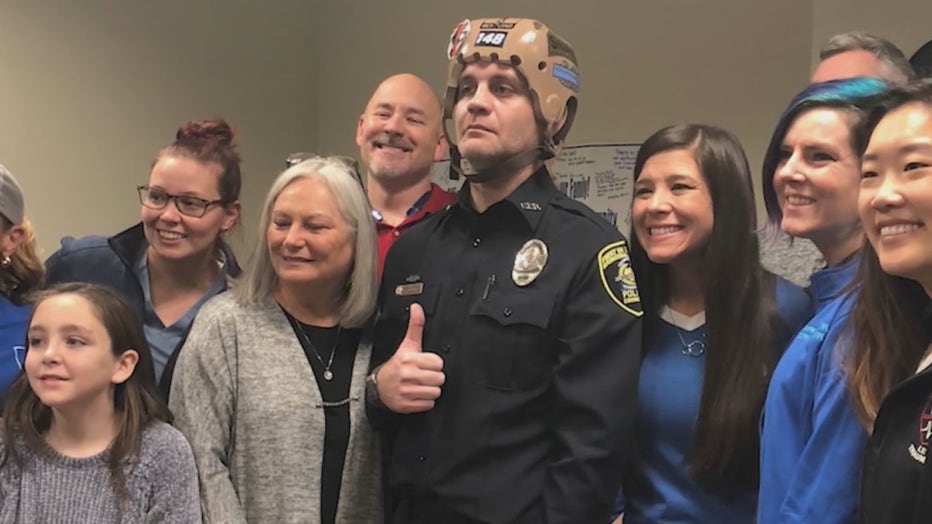 Officer Matt Cooper has been recovering since he was shot in the line of duty in 2018.

"I never thought I'd be a 35-year-old learning how to walk and eat again," he said at a ceremony for Covington officers. "Some days have been difficult, but I have my rock to get me through it."

Cooper's recovery became a national story, with people across the country joining together to pray for his recovery. In late December, his work was honored by Georgia Gov. Brian Kemp with the Governor's Public Safety Award for Heroism.

The officer has also been given the "Police Star" award and a Medal of Valor. His wife was named an honorary officer, and the first responders who saved Cooper were recognized for their valiant efforts.