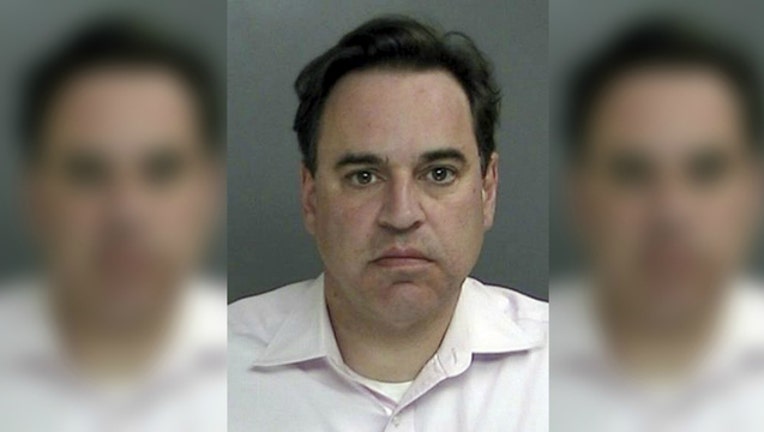 Judge Robert Cicale is accused of stealing his neighbor's panties

NEW YORK (AP) - A New York judge accused of breaking into a neighbor's home to steal her worn underpants pleaded not guilty Friday to a felony burglary charge.

The 23-year-old woman once worked as an intern for Cicale when he was a town attorney. She was alone in the East Islip home Thursday when she heard a noise and saw a man running off, police said. The woman called her mother, who then called 911.

When officers arrived, they found Cicale on the street carrying several pair of the woman's soiled undergarments, authorities said.

Cicale told investigators that on Thursday he "went into the house to take the panties again," according to court documents.

It was unclear why Cicale at the time would have been carrying underwear he had taken on a previous occasion.

The judge, who generally hears misdemeanor criminal cases in the county's district court, told the officers that he had taken the underwear during another break-in, Sini said.

"This is very disturbing," Sini said in an interview Friday. "In his confession, he noted he had urges to do this, to engage in this behavior."

Investigators are still investigating to try to figure out how many times Cicale broke into the woman's home, the district attorney said.

"He admitted he had gone into the home unlawfully on a few other occasions," Sini said.

Cicale was "temporarily relieved of his judicial duties" and the matter was referred to the state's Court of Appeals to determine whether to suspend the jurist, court system spokesman Lucian Chalfen said.

A judge also issued a restraining order that prevents Cicale from contacting the victim and, as a condition of his bail, Cicale will also be required to wear a GPS monitor, Sini said.

Cicale was released after posting $25,000 bail and didn't comment as left the courthouse.

His attorney, William Wexler, said Cicale had a stellar reputation and that the judge's wife was standing by him.

"Every judge, every lawyer respects him, and we just have to see how the process plays out," Wexler told reporters outside the courtroom.