Protests continue over death of Rayshard Brooks by police

Protestors are demanding answers for how the city of Atlanta plans to put an end to police brutality.

ATLANTA - Community members and several city leaders gathered on Sunday morning at the Wendy's where Rayshard Brooks was mortally shot by an Atlanta police officer.

Some showed up with flowers in hand, others with trash bags and brooms, but all were fueled by the desire for change.

"What are the action plans?" asked one community member to the city council members.

"Our people are hurting right now and I know they're hurting and I know we're reacting to that hurt but we've got to stand united together because that's the only way we're going to move forward to a place of action," Brown said.

Brown tells FOX 5  the city council is expected to talk about policing reform and banning the use of tear gas and rubber bullets during protests on Monday.

"People are tired of hearing us talk and they want to see action. And that's what this is about. Purposeful and meaningful action," he said. 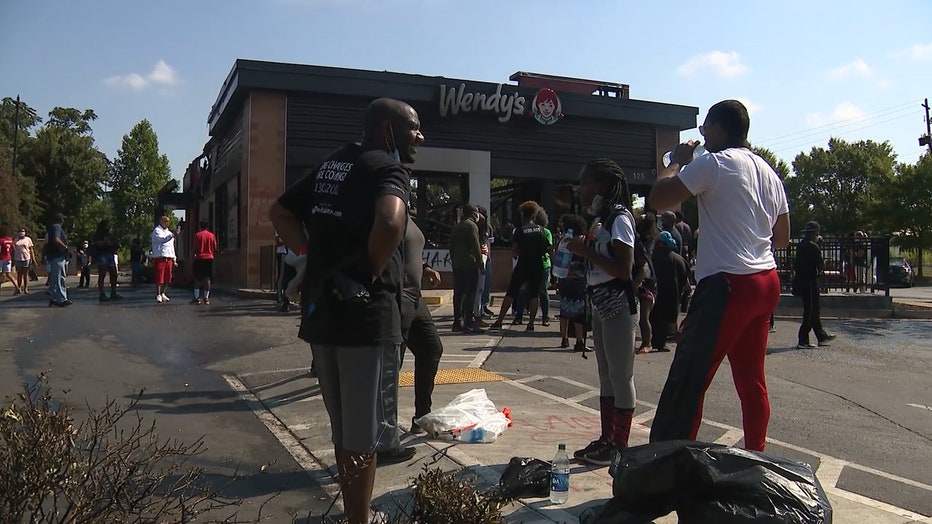 Also in the crowd, a reverend from South Carolina. Reverend Raymond Johnson with Mt. Pisgah Baptist Church in South Carolina said he felt compelled to make the four-hour drive to Atlanta to meet with people in person.

"These folks here are grieving, some are mad. Some of them are about to fall in. All they need is somebody to talk to them and pray for them," Johnson said.