Residents of Gwinnett County are coming together to help a homeless man who was badly injured when he was hit by a car.

GWINNETT COUNTY, Ga. - There are an estimated 8,000 to 10,000 people experiencing homelessness in Gwinnett County.

One of those is 74-year-old John Reese. He's has been living under a bridge on Buford Drive for three years.

A couple who lives nearby has been bringing him warm meals and fresh clothes for nearly nine months now, but recently noticed he had been missing.

Lorri Brown and her husband Randy used the social media app Nextdoor to try and get answers. Turns out Reese had been hit by a car and was in the hospital.

"A young lady told me about an accident that happened Tuesday at noon about somebody getting hit. So I reached out to the police department and they let me know that it was him indeed who had been hit," Lorri Brown said.

Reese suffered a broken hip and leg, and he'll have to go to a rehab facility once he's released from the hospital. 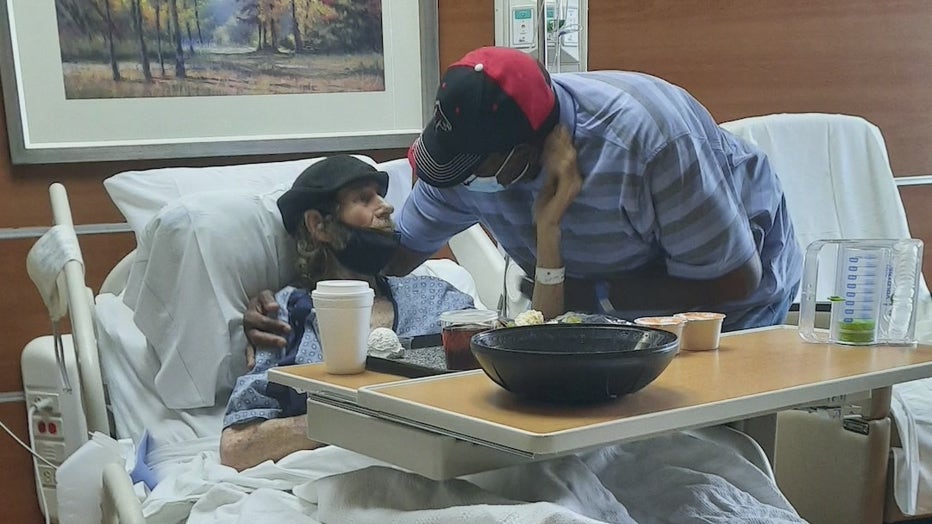 Since learning of Reese's condition, the community has started a GoFundMe account. The money will help pay for housing once he's released from the rehab facility.

The Browns have been a lifesaver for Reese and want to do more, but he's refused. Lorri and Randy Brown aren't the only ones helping out though. The entire community has joined together after learning about the accident.

He and his colleague Nick Martin are doing as much as they can to try and help Reese get the care that he needs.

"That's a big part of what we're looking into. We're trying to see what public assistance is available. Where we can potentially provide him a home that's not under the bridge. And if there's any government assistance that can help with that," Martin said.