COLLEGE PARK, Ga. - A Georgia woman is celebrating her 100th birthday with family and friends on Saturday. 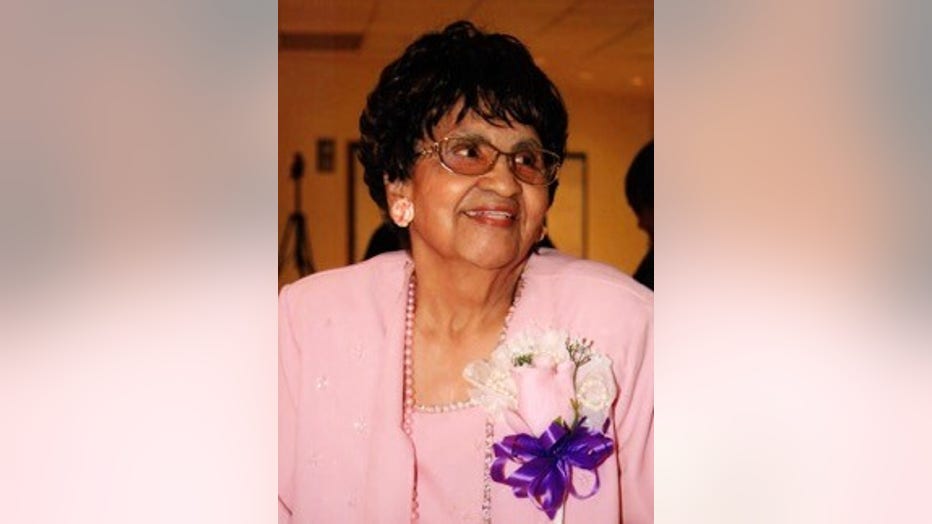 Melissa Idella Smith Atkinson was born on Oct. 19, 1919 in the small town of Madras, Georgia to a Coweta County farmer and a schoolteacher. She was the fourth of the family's 10 children.

As an energetic young girl, Melissa started school at 4 in Palmetto, Georgia. Her family then moved to the Cascade Heights neighborhood of Atlanta, where she went to Philadelphia Elementary School. As a teenager, Melissa would walk almost 3 miles to go to high school, then would come home to help with taking care of her younger siblings as well as studying by oil lamp.

After graduation, Melissa attended school for both nursing and tailoring. For 20 years, she worked as a tailor at the U.S. Department of Defense, making clothes for the U.S. Army and Navy. Once she left that job, she worked as a nurse for local seniors, eventually working for the priests of Atlanta's Cathedral of Christ the King until she retired.

Melissa married Brant Cox just before World War II. She had one child with him, Charles. After both her husband and son's death she raised her son's children as her own. In her later life, she married a contractor and designer George Atkinson.

Outside of work and family, Melissa spent a large part of her life in the church. She was a member of Cascade United Methodist Church for nearly 50 years, working as a steward and a member of multiple ministries and boards.

As she turns 100, Melissa loves nothing more than spending time with family and friends, Bible study, and keeping up with current events.

She'll be celebrated by family, friends, and proclamations by local politicians at Sassy Seniors Living Saturday.

From all of us here at FOX 5, happy birthday Mrs. Atkinson!