The officer was shot while responding to a call, resulting in a manhunt for the suspect which ended in a second officer-involved shooting.

In a Tweet, the Cobb County Police Department said the shooting happened "on the North Shores Rd near Dallas Acworth Hwy."

According to police, a white male pulled out a gun and shot the officer during a domestic call.

In a statement sent to FOX 5 police said, "the officer was wearing a bullet proof vest and thats what saved his life."

The officer was later taken to a hospital for treatment for injuries that were described as non-life-threatening injuries. 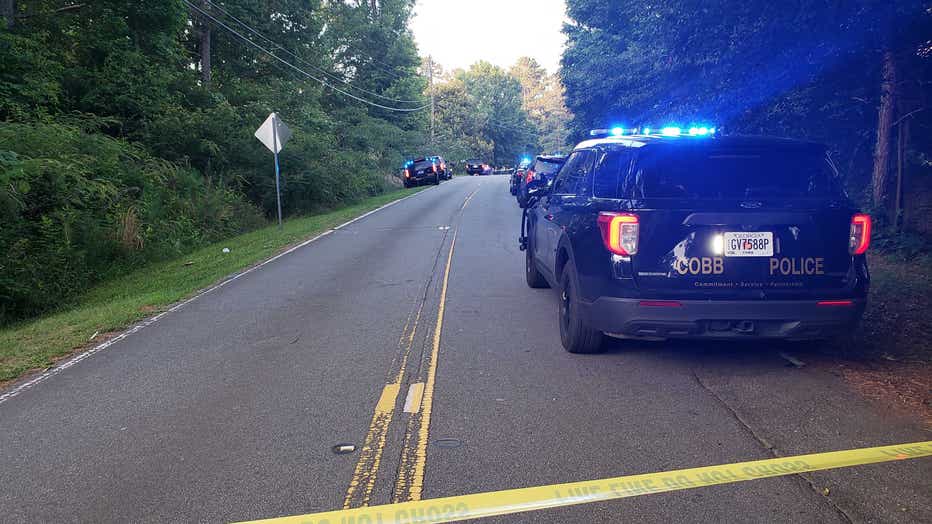 Shortly after 7:30 p.m. police confirmed the suspect had been shot and killed during a separate officer-involved shooting.

According to authorities, no officers were injured during the second shooting incident.