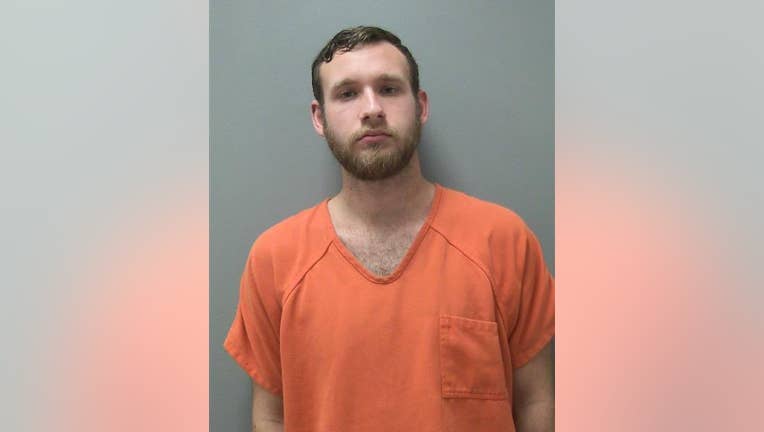 CHEROKEE COUNTY, Ga. - Investigators say they have made an arrest in a fatal accident earlier that occurred earlier this year in Cherokee County.

Benjamin James Land was arrested Tuesday in connection to the accident, which happened on Interstate 75 near the Priest Road overpass on August 22.

According to investigators, Land was driving impaired when he lost control of his vehicle, struck a guardrail, left the roadway and then struck a tree. A female passenger, Savanna Joyce Martin, 19 of Cartersville, was ejected from the vehicle and died at the scene.

Land, 20 of Acworth, is charged with 1st Degree Vehicular Homicide, Reckless Driving, Driving Under the Influence and Failure to Maintain Lane.

He was being held at the Cherokee County Adult Detention Center without bond.