DUBLIN - A seven-year-old named Sean might have become the lunch of a hungry Siberian tiger had it not been for the protective glass that stood between the big cat and the boy.

On a Christmas trip to Dublin Zoo on December 22, Sean was filmed in a now-viral video uploaded to Twitter looking extremely gleeful as the tiger can be seen in the background sneaking up behind its prey.

“Sean, stay,” his father whispered excitedly, noticing the tiger who had just taken an interest in the young boy, preparing to pounce at a moments notice.

“My son was on the menu in Dublin Zoo today,” wrote Twitter user RobC, who posted the video.

As Sean smiles with excitement in the video, the tiger launches himself, running right into the glass.

“He reacted pretty calm,” Sean’s dad told Storyful, whereas his other son wasn’t quite so serene. He “ran like the clappers,” according to his father.

While the tiger’s arms widened in an attempt to grab the young child, Sean can be seen running away with the rest of his family blurting out nervous laughter at the close encounter. 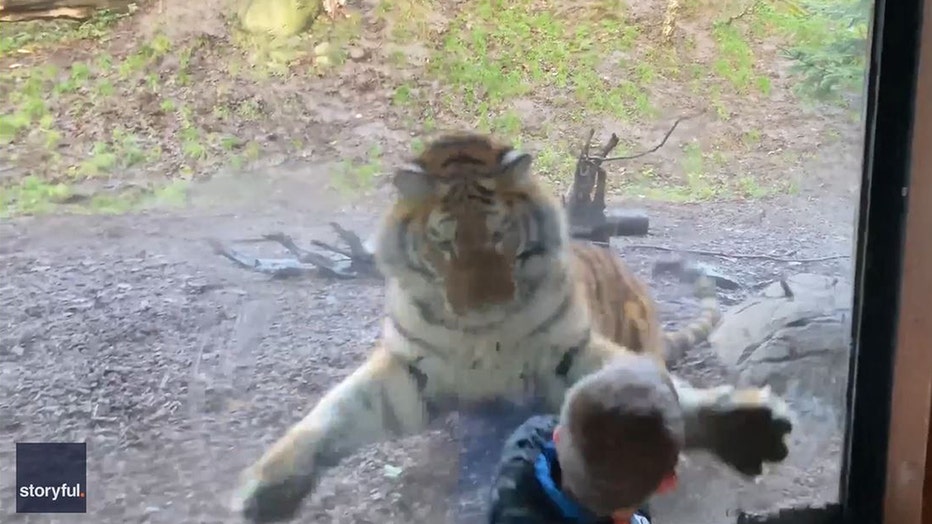 A seven-year-old named Sean might have become the lunch of a hungry Siberian tiger. (Credit: r0bc via Storyful)