A Clayton County police officer is recovering after a severe crash.

CLAYTON COUNTY, Ga. - A Clayton County police officer is recovering after nearly losing his life in a car accident on Thursday, February 4.

Officer Josh Baggett's family told FOX 5, he was on his way to work when he crashed into a utility truck.

His fiancée, Leila Simpson said she was talking to Baggett as he was driving into work that evening. They were discussing their wedding that is planned for the end of March.

Then, Simpson said she heard an unmistakable noise.

"Anyone who has been in an accident knows this horn noise. I heard that and he wasn't talking to me," Simpson said.

She said she knew he had been in a car accident. 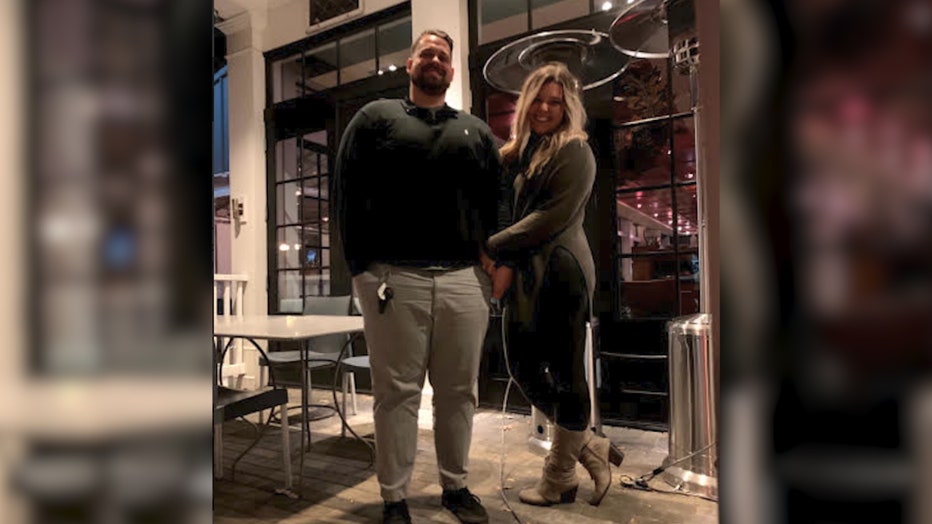 Baggett's father, Scott, said his son was on Interstate 85 North and was approaching traffic that was at a standstill due to police activity.

"He came over a hill and his line of sight was gone and he made contact with a utility truck. Our worlds change right then," he said.

As an Atlanta firefighter, Simpson is well prepared when it comes to emergencies, but she wasn't prepared for something this personal.

"When you work in public safety you always think it's never going to be you freaking out, but I was freaking out a little bit," Simpson said.

Luckily, she had her soon-to-be father-in-law on the other line, helping her through.

"He's a former Marine and I've never been more lucky to have someone on the phone with me in a moment like that. I was just trying to do all the things I shouldn't be doing like getting out on the highway, trying to get in the ambulance," she said.

The situation was a little more personal than usual for the officer who responded as well.

Baggett is a Clayton County police officer and was previously with the Coweta County Sheriff's Office.

"We're always serious about our jobs, but I think it hit closer to home for all of them," Simpson said.

As of Monday, Baggett is in the ICU and has undergone five surgeries, for serious internal injuries, like blood pooling in his chest, a spinal cord injury, as well as several broken bones.

He faces a long road to recovery, but his father and fiancé say it's a matter of when, not if, he'll be back on his feet.

"We're looking forward to one day soon, with the good Lord's blessing and will being done, Josh can walk back out of the hospital and get back to work at the Clayton county police, which is what he loves to do," Scott Baggett said.

Baggett's fiancée and family said they've been overwhelmed by the support from the Clayton County Police Department and the Atlanta Fire Department. They said they're thankful to have such a strong support system during this time.

They're asking for continued prayers for Baggett's recovery.

You can help them out financially by donating here.