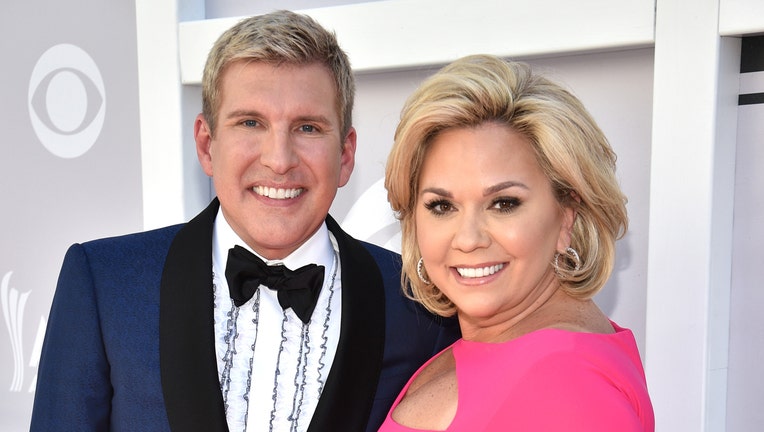 The "Chrisley Knows Best" stars filed a federal lawsuit Tuesday against Joshua Waites, the director of the Georgia Department of Revenue's office of special investigations, according to an emailed statement from a spokesman for the couple.

The lawsuit calls Waites an "out-of-control public servant" who has used his position to "violate the rights of innocent citizens for reasons that have more to do with securing publicity and money for his office than with enforcing the law."

Waites targeted Todd Chrisley's estranged daughter, Lindsie Chrisley Campbell, and improperly shared confidential tax information to try to get compromising information on the family, the lawsuit alleges. As a result of his efforts, which ultimately failed, the Chrisleys were forced to "incur substantial personal and financial hardship," the suit says.

The lawsuit asks for a jury trial and seeks compensatory and punitive damages, as well as reimbursement for legal costs.

The Chrisleys last month reached an agreement to settle allegations that they failed to pay hundreds of thousands of dollars in state income taxes. The agreement credited them with tax refunds for some tax years and said they owed nothing in others. According to the settlement, the Chrisleys agreed to pay a little under $150,000 to resolve the claims.

Separately, the Chrisleys were indicted in August on federal charges of tax evasion, conspiracy, bank fraud, and wire fraud. They have pleaded not guilty.

"Chrisley Knows Best" follows the tight-knit, boisterous family living in Nashville. Much of the series emphasizes Todd Chrisley's obsessive yet comedic efforts to keep tabs on three of his kids, two of whom are in their 20s, and his mother. The family moved to Tennessee from the Atlanta area a few years ago.

The series has aired on USA for seven seasons and recently premiered a spinoff called "Growing Up Chrisley," featuring his kids Chase and Savannah, who move to Los Angeles. Todd Chrisley also briefly hosted a talk show, "According to Chrisley," for the network. Todd, 51, and Julie Chrisley, 46, also have a podcast called "Chrisley Confessions."

A high-ranking state tax official is being sued by the Chrisley family from the reality show Chrisley Knows Best.