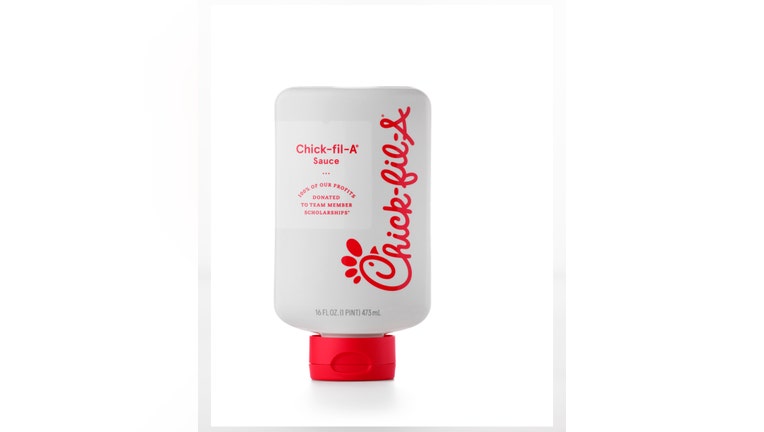 Chick-fil-A has announced that its signature sauces will hit some retailers in select states with a nationwide roll out planned for 2021 (Chick-fil-A).

ATLANTA - Chick-fil-A lovers will soon be able to get their favorite sauces from their local grocery store.

The restaurant chain announced this week that its signature condiments will hit some retailers including Walmart, Kroger, Winn-Dixie and Publix beginning mid-November.

The company is set to sell the bottles of its Chick-fil-A and Polynesian sauces in Alabama, Florida, Georgia, Louisiana and Mississippi.

RELATED: FYI, there is a Hawaiian Chick-Fil-A called Truett's Luau — in Georgia

In 2021, the sauces will be in stores nationwide.

"Chick-fil-A Sauce and Polynesian Sauce were offered as part of a pilot program in select Florida retailers earlier this year, and we're excited to expand availability of our two most beloved sauces across the country," said L.J. Yankosky, senior director of Innovation & New Ventures at Chick-fil-A, in a press release.

Retail sales of the 16-ounce bottled sauces start around $3.49.

The chain says 100% of the royalties will be donated to a scholarship fund for Chick-fil-A employees.

In addition to offering the bottled sauces at select retailers, 8-ounce bottles of signature Chick-fil-A sauces are available for purchase at participating restaurants.