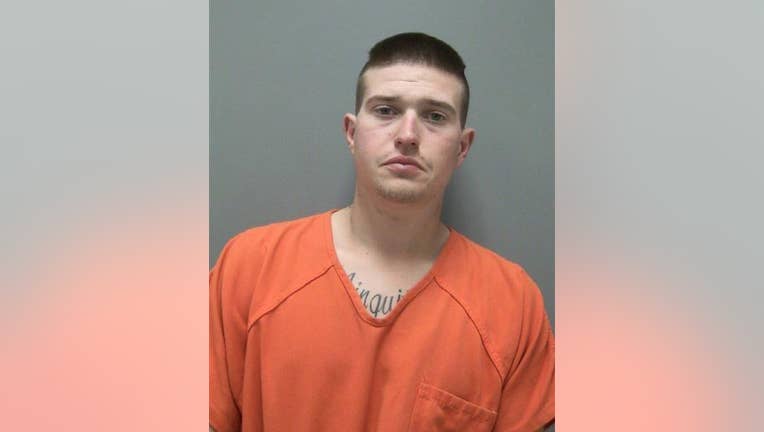 CHEROKEE COUNTY, Ga. - A Blairsville man who deputies said was steering his untagged moped with his feet was arrested by the Cherokee County sheriff and charged with possession of methamphetamine.

Evan Daves, 23, of Blairsville, was charged with possession of methamphetamine, possession of drug-related objects, fleeing and attempting to elude, operating a motorcycle without a helmet, operating over certain roads prohibited, and driving without a tag.

Cherokee County Sheriff Frank Reynolds attempted to pull over Daves after spotting his unique steering ability and the fact the moped had no tag as he traveled north of Interstate 575 south of Sixes Road. Deputies said Daves refused to stop for the sheriff, eventually pulling off the highway a mile north near Rabbit Hill Road and into the woods.

The sheriff was able to chase down Daves near Ronnell Road.

After searching his moped, investigators found meth under the seat of the moped.

Daves was booked into the Cherokee County jail on a $8,465 bond.