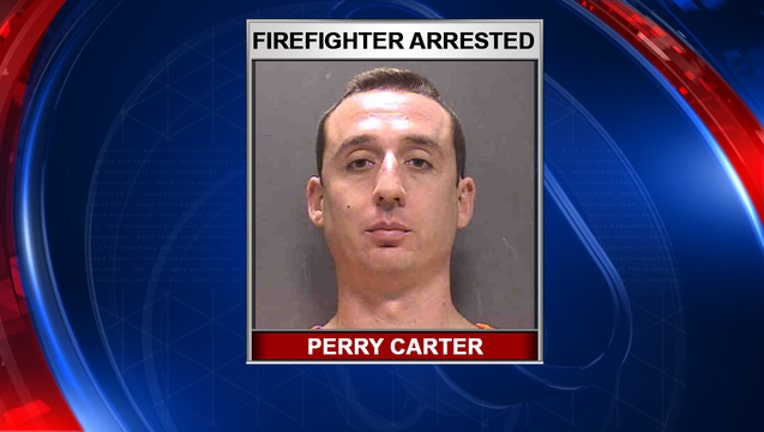 SARASOTA (FOX 13) - A Charlotte County firefighter has been accused of using a hidden camera to record his house sitter.

Sarasota County deputies arrested 34-year-old Perry Carter, who lives in Sarasota. They said they began investigating Carter on Wednesday after being notified of more than 60 videos taken in June while he was on vacation.

The victim, a 23-year-old woman, was house sitting while he was away. Investigators said Carter intentionally hid a camera inside his bathroom. They said it was disguised as a speaker and strategically placed to face the shower. The video included nude images of the victim.

Carter’s wife suspected her husband was having an affair, investigators said, and searched his phone and their computer. They said she found a hidden file containing the nude images and video of the victim in the bathroom. She made a copy and handed it over to the Sarasota County Sheriff’s Office. Deputies said she also contacted the victim.

The victim told deputies she was unaware she was being recorded, according to Carter’s arrest affidavit. He was arrested Friday on video voyeurism charges but could face additional charges.