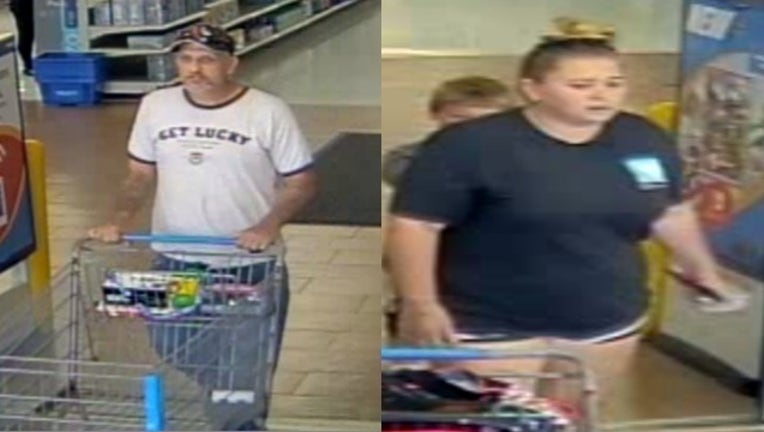 CANTON, Ga. - Police are searching for two people accused of shoplifting merchandise from a Walmart in Canton last month.

Canton Police released two surveillance images of a man and a woman who investigators believe stole $229 worth of merchandise at the Canton Walmart on July 27.

Anyone with information on the suspects' identities is asked to call the Canton Police Department at 770-720-4883.