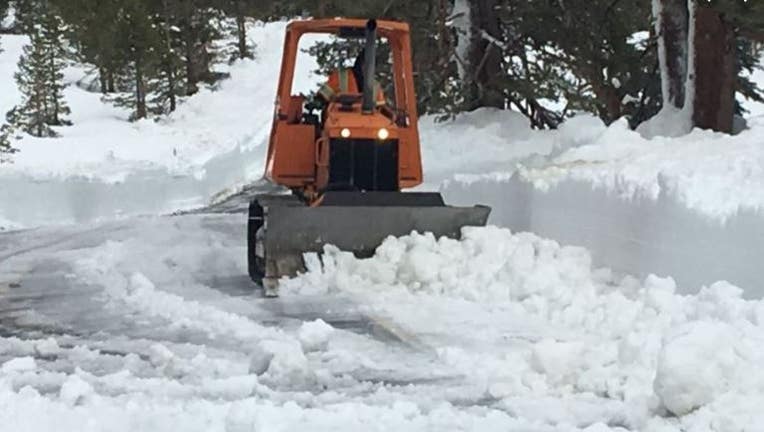 OAKLAND, Calif. - Authorities are warning travelers to drive slowly and pack the chains if they’re headed anywhere near the mountains this Thanksgiving.

The National Weather service issued a winter storm warning in effect from Tuesday afternoon through Friday morning for the greater Lake Tahoe area in the Sierra Nevada from 4 p.m. through Thanksgiving afternoon. Blizzard conditions with zero visibility are possible, meteorologists warned, along with up to two feet of snow.

The California Highway Patrol said on Tuesday that traffic on both directions of Interstate 80 was being held from Alta to Truckee due to multiple collisions.

CHP also said chains are required on all vehicle heading to Tahoe at Alta.

And Yosemite National Park officials were bracing for the season’s first snowfall by warning guests that hiking in some areas might be limited as trails could be covered in ice or snow.

“It’s going to be a pretty significant storm,” said NWS meteorologist Johnnie Powell. “We could get three to four feet, easy.”

Powell said the snow could fall all the way down to 1,000 feet and winds could gust up to 60 to 70 mph along some of the mountain peaks –  nearly the same force as a Category 1 hurricane.

KTVU meteorologist says it will be cold and rainy starting this afternoon into Wednesday. Temps in the 50s

In Sonoma County, the Kincade Fire burn  will be under a Flash Flood Watch between 2 p.m. to 10 p.m. as authorities are watching out for flooding, rockslides and debris flows.

The peaks of the Diablo Range and Santa Cruz Mountains might also see snow, but no weather advisories are in effect for either area.

The CHP says tomorrow between 2 to 4 p.m. It will take you 3x longer than normal. Plus, a snowstorm is coming. Sara Zendehnam reports