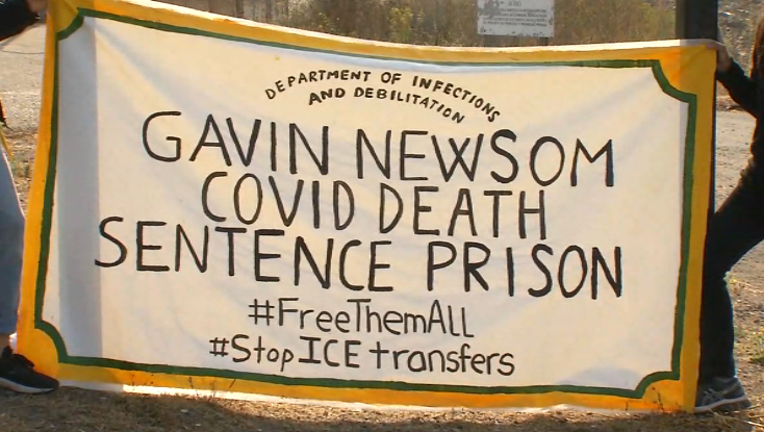 SAN QUENTIN, Calif. - Activists across California on Tuesday nicknamed detention centers and prisons after Gov. Gavin Newsom, as COVID-19 outbreaks have now claimed the lives of nearly 70 incarcerated people throughout the state.

"The lives of incarcerated Californians continue to be at risk as the coronavirus spreads inside prisons, jails, and detention centers," the group said in a news release. "Despite an onslaught of hunger strikes across detention centers in the state and various meetings to demand Governor Gavin Newsom use his authority to save lives, he has failed to take real action."

By the numbers: A look at who has died of coronavirus in California prisons 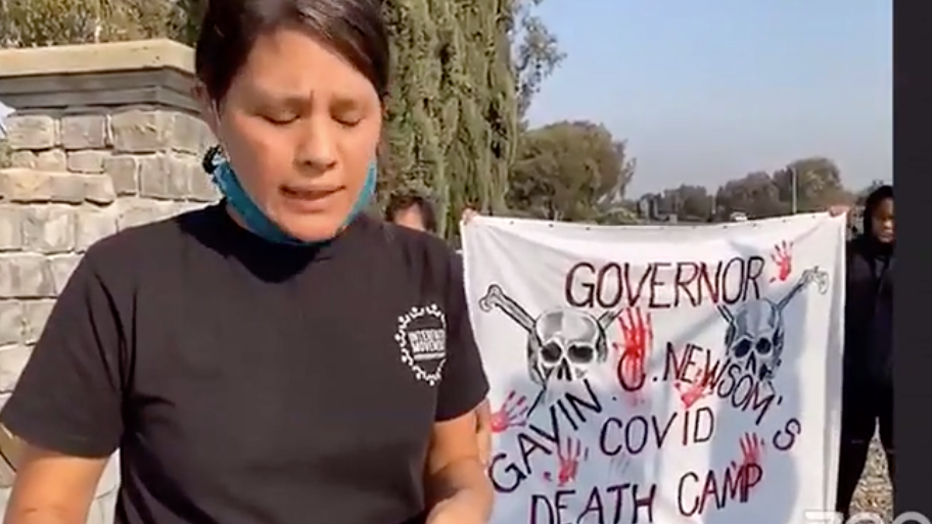 Newsom did not respond directly to the protest.

But in August, he did allow for the release of up to 18,000 incarcerated people.

At the time, California Police Chiefs Association president Eric Nuñez said he understands the urgency of reducing the prison population but is alarmed by the release of some violent criminals “without a consideration for the larger impact on public safety.” He said the chiefs want to work with prison officials on improving the decision-making process.

Still, even with the reductions, as of last week, the California Department of Corrections and Rehabilitation reported there are about 94,000 incarcerated people in California’s prisons, a reduction of roughly 22,000 since March 12, the beginning of the coronavirus outbreak.

But even with that drop, the entire prison system is 105 percent occupied.

The activists hoped that naming the prisons "Gov. Newsom COVID Death Camp" would urge him to free people from state prisons, including through mass clemency and emergency release; stop transfers from state and local custody to ICE and between California prisons and stop the expansion of immigration detention in California.

The pointed out that California’s prisons continue to suffer the nation’s worst COVID crisis, citing outbreaks at Folsom State Prison and Avenal State Prison, which they say threaten to replicate the ongoing crisis at San Quentin State Prison, where 26 people have since died.