Over the Top Burger

This week, Burgers with Buck takes a bite out of the Georgia Summer burger at Over the Top Burger Bar.

BUFORD, Ga. - Over the Top Burger Bar in Buford has only been around for a short time, but they have already made a name for themselves in northern Gwinnett County, and beyond. As the name implies, the portions are rather large, which is right up our alley, so #BurgersWithBuck had to not only see, but taste it for ourselves.

On the table on their patio, two substantial burgers, but as you know, we only have time in the segment to taste one…which made for a tough decision. One, the Cracked Rear View (yes named after the Hootie and the Blowfish album), which includes BBQ pork, house made slaw, Carolina, BBQ sauce, cheddar cheese and tobacco onions. And two, the Georgia Summer Burger, which includes their house made pimento cheese, peach jalapeno chutney, grilled sweet onions, pickles, and their signature sauce.

Now I know what you’re saying…come on #BWB, can’t you handle two burgers? While the answer is usually a confident and resounding yes, have you seen the size of the burgers at Over the Top? I’m guessing not, if you asked that question. Haha!

We opted for the Georgia Summer and feel really good about our decision for multiple reasons. Number one, it was delicious. 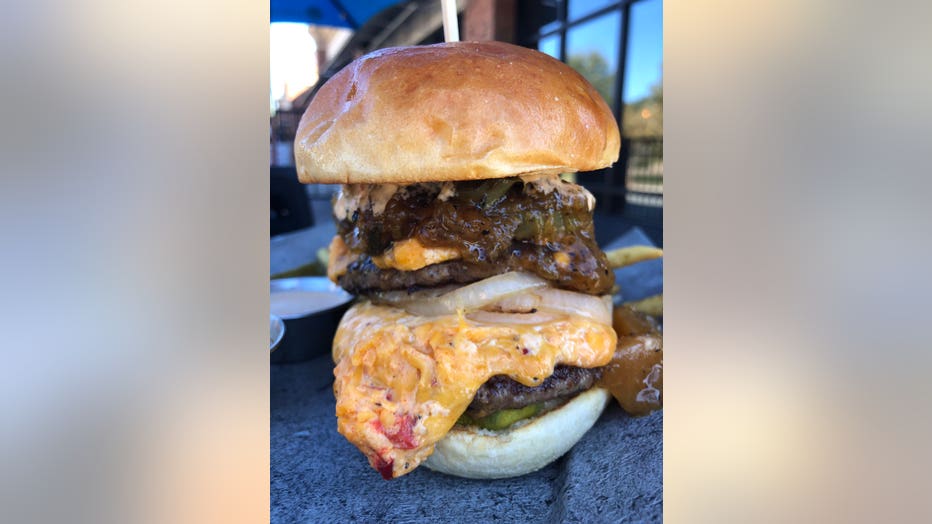 Number two, the Cracked Rear View Burger will likely lure us back to Buford. FYI… photographer Tim, ate it and gave it his own version of the BWB thumbs up salute, off camera. 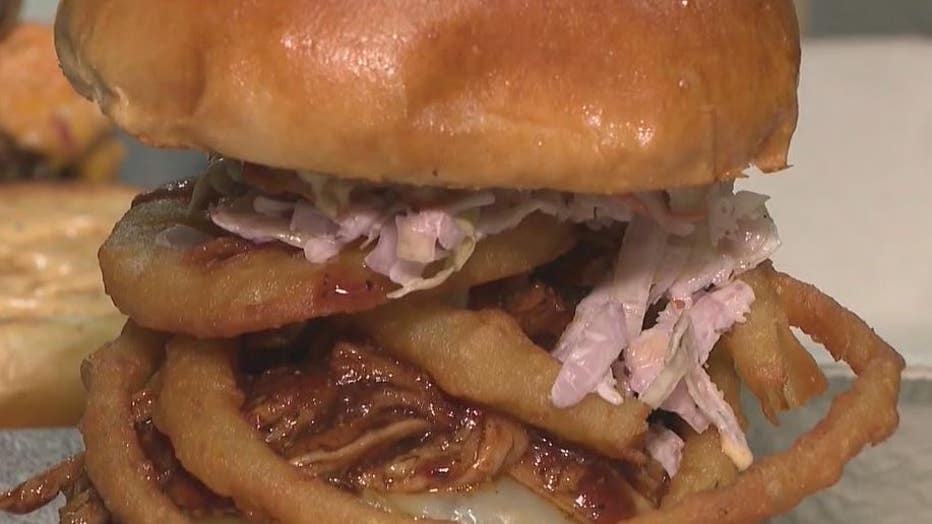 One more thing. The fries are great. Enjoy them. But, you owe it to yourself to also try the Funnel Cake fries, whether as a dessert or an appetizer. Trust me.

For more information about Over The Top Burger Bar including the location, menu and hours of operation, go to their website, https://overthetopburger.com/. And, as always, if you have a favorite burger that you would like to see featured on, tell me about it on https://www.facebook.com/BuckFOX5 or https://twitter.com/BuckFOX5, and don’t forget to use the hash tag #BurgersWithBuck and/or #BWB.