There’s a story behind the name Mad Mac’s Gourmet Sandwich Shop. No, it’s not named after the 1979 Mel Gibson flick, Mad Max, although there is a work of art depicting that film on the wall of the restaurant. It’s actually named after the owner’s son’s dog, Mac, who has been described as “crazy”.

#BurgersWithBuck has been all over the metro area and beyond, but this was our first foray into Forest Park, and boy are we glad we made the trip south. Once again, the name of the restaurant is Mad Mac’s Gourmet Sandwich Shop, and in our humble opinion, is there a more gourmet sandwich out there than a great burger? We think not.

There are several signature burgers on the menu, but we honed in on the Mac Attack Burger. Full disclosure, we assumed by the name that mac and cheese would somehow be involved in the preparation. We were wrong.

The Mac Attack Burger begins with two fresh, six ounce patties, that are locally sourced from Farm’d Atlanta. The patties are seasoned with their house made Gourmet Steak Seasoning, and served on a toasted onion roll from Engelman’s Bakery in Norcross. Each patty is topped with a slice of American cheese, and then they add two slices of thick, but crispy bacon along with caramelized onions. If that’s not enough for you, a heaping helping of hand cut fries rounds out a great lunch for you. 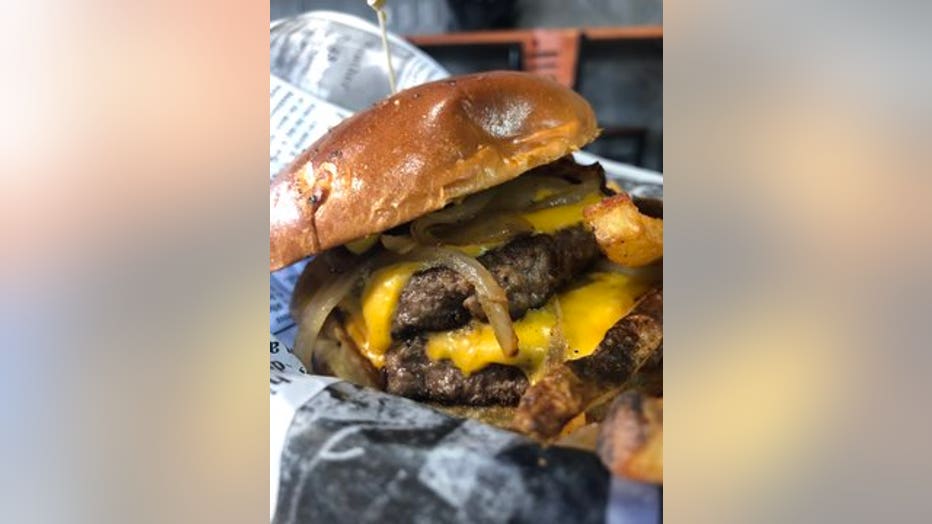 There are six other burger options on the menu including a turkey burger and a black bean burger, and the house made turkey patty can be substituted for beef on any of their burgers.

Here’s the catch, they are only open for lunch, or maybe an early dinner. Their hours are Monday through Friday from 11:00 AM to 6:00 PM.  Tell them Burgers With Buck sent you.

For more information about Mad Mac’s Gourmet Sandwich Shop including location, menu, hours, and specials... go to their website, http://eatatmacs.com/ . And, as always, if you have a favorite burger that you would like to see featured on Good Day Atlanta, tell me about it on https://www.facebook.com/BuckFOX5 or https://twitter.com/BuckFOX5, and don't forget to use the hash tag #BurgersWithBuck and/or #BWB.