Pat Azogu, who owns a coffee shop in Buckhead, was targeted by burglars on Sunday morning. The thieves took took cash, but left behind thousands in damages and a growing sense that crime is getting out of control in the city.

ATLANTA - A small business owner is now out of thousands of dollars after an early-morning burglary. Someone broke into the shop on Lenox Road in Buckhead over the weekend.

Pat Azogu said the day before the burglary was her best sales say since she opened.

She says it's disheartening knowing the next day someone would leave her with more than $,2000 in damages.

"It seems to be escalating," Azogu said.

Images of the aftermath show a shattered glass door to the coffee shop. Azogu said the alarm never went off because the perp never actually opened the door. 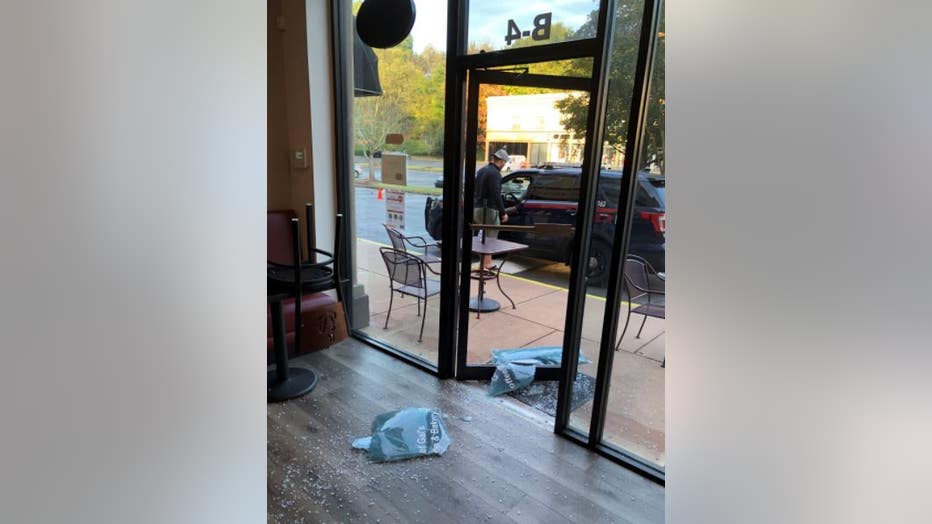 "We accept cash so I think if the person came in on Saturday and saw that we were really busy they would have assumed 'oh wow, this place is really prospering. Let me come back and rob them when

They're closed.' the truth is that was the best day we've had so far. It's just really hurtful," she told Reporter Brian Hill.

This is at the Lenox Village Shopping Center on Lenox Road in Buckhead.

Along with destroying her door, the thief also stole her cash box with money inside and damage electrical wiring.

"I know of five, with this one being the fifth one in this particular shopping center. In each case, they went after the cash box," she said.

According to the Atlanta Police Department's crime map, just two weeks ago thieves broke into another shop in the same area.

These incidents are part of what residents and business owners call an onslaught of crime in Buckhead including shootings and car thefts.

"What is going on, what is the plan, is the City of Atlanta working on a plan to actually fix the crime issue? We just want to talk about what's happening, share our experiences and see what can be done."

Azogu says they have security on this property at night but that’s still not enough to keep the criminals away.

"Just get a job, become a contributing person in society," she mentioned.

There is a Buckhead security plan in place that's divided into two main categories: deterrence and enforcement and policy and procedural change.

As always, if you know anything about the crimes that have happened here take action and call Atlanta police.