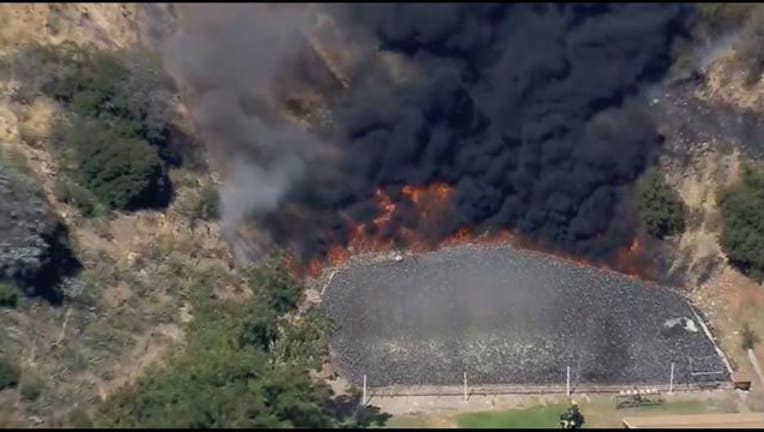 BURBANK, CA (FOX 11) - A fire broke out in the Wildwood Canyon Park area in Burbank late this afternoon and scorched about 10 acres of brush before it was brought under control.

The fire was near a Burbank fire training exercise facility. See exactly where the fire is located on this Google Map.

The blaze was reported about 3:50 p.m. in the 2200 block of Wildwood Canyon Road, north of a Burbank police shooting range, a dispatcher said.

Country Club Drive was closed to traffic, and residents of the street were advised to evacuate the area, according to Burbank police Lt. Claudio Losacco.

Police also advised anyone in the Wildwood Canyon area, including the Stough Nature Center, to leave immediately.

About 150 firefighters responded and the Los Angeles county and city fire departments each sent two water-dropping helicopters to assist in the firefight, according to Burbank Fire Department Battalion Chief Ron Barone.

The fire was brought under control about 5:15 p.m., he said, and police subsequently reopened Country Club Drive.

The cause was under investigation.