Brother of fallen Holly Springs officer honors him with music

John-Thomas Burson says he looked up to his younger brother, Joe Burson. The bond they shared was made tighter with music.

HOLLY SPRINGS, Ga. - The brother of fallen Holly Springs Officer Joe Burson is remembering the man he calls his hero.

John-Thomas Burson said it’s been the worst week of his life after learning his brother was killed in the line of duty.

John-Thomas honored his brother through music at the funeral services.

"I want to do nothing with the rest of my life but make my brother proud," John-Thomas Burson said.

It was an emotional tribute that honored his brother.

"I was his big brother but somehow my little brother has made me a stronger man," Burson said. 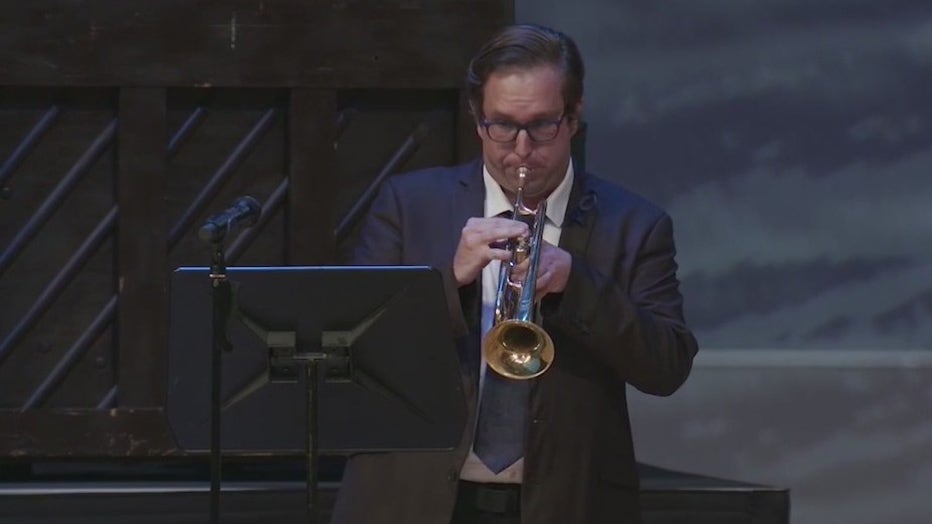 "It’s the overwhelming support from so many people. Especially the people that Joe knew and were a big part of his life," Burson said.

John-Thomas said the support from the community is what’s getting the family through.

"Me and Joe were connected at the hip since we were kids. He was my best friend. There was nobody else in my life that had a big of an influence in my life like Joe," Burson said.

It was music that helped to seal the bond between the two brothers.

"We spent so much time jamming out in the basement. He would bring his friends over and we would connect a lot through that," Burson said.

"I realized that music was so important to the two us that I wanted to play for my brother one final time."

John-Thomas played during the service before playing his trumpet one last time outside to honor his hero.

"I think what happened on Monday is I didn’t know how to get through taps on my own and Joe’s car was right behind me. I felt him sitting in there behind me on Monday. I felt that’s the only way I got through it," Burson said.

Family members describe the fallen officer as brave and strong.

"He did exactly what first responders are supposed to do. He didn’t hesitate running into danger, protecting other people and saving lives," Burson said.