Officials say its the second blaze in one night at the apartment building.

Crews were on the scene of the MMA Brookhaven apartment complex on the 700 block of Brookhaven Way for hours working to put out the blaze that was shooting through the roof when firefighters arrived.

The building, which has 24 units, appears to be a total loss.

Officials tell FOX 5 this wasn't the first time firefighters were out at the complex recently. In fact, shortly before midnight, crews battled another blaze in the same exact building - this one starting on the first floor.

In that case, firefighters managed to put the fire out and evacuated everyone, leaving the building empty when another fire broke out around 7 a.m.

Investigators are working to determine if the fires are related and if there was some kind of hot spot that reignited. 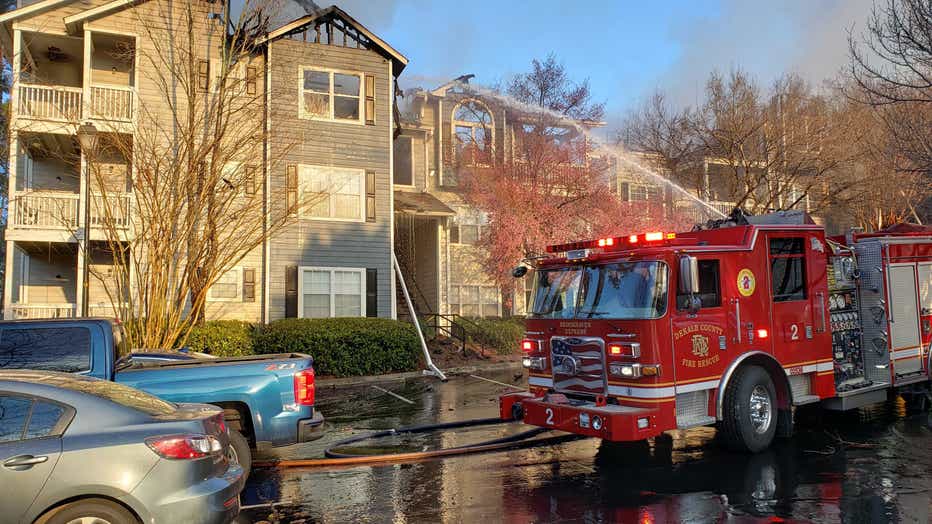 Officials say no one was injured in both the initial and second fire.

The Red Cross said they were assisting the 41 people displaced by the fire.