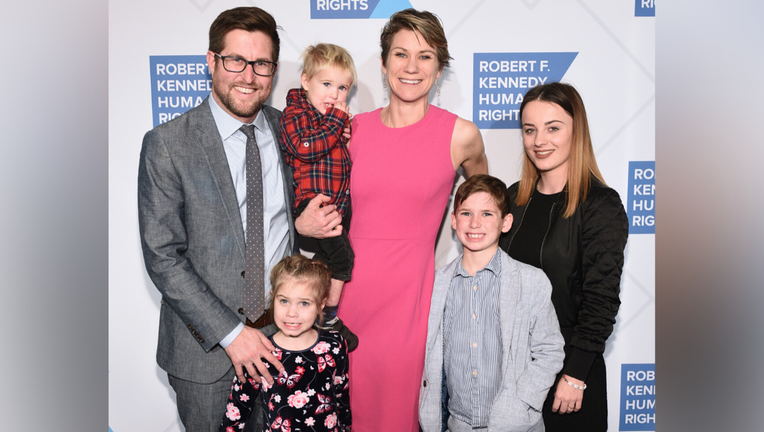 ANNAPOLIS, Md. (FOX 5 DC) - The body of Robert F. Kennedy's granddaughter's 8-year-old son has been recovered nearly a week after a canoeing accident that also claimed the life of Maeve Kennedy Townsend McKean.

The Maryland Natural Resources Police Underwater Operations Team say Gideon McKean's body was recovered at around 1:40 p.m. on Wednesday nearly 2.3 miles south of his grandmother's residence in Shady Side, which is where the canoe was initially launched.

Police say Gideon's body was located about 2,000 feet from where his mother's body was found.

"On behalf of our family, I want to share our heartfelt gratitude to Governor Hogan, Secretary Jeannie Haddaway-Riccio, and the team of more than 50 professionals from the Department of Natural Resources, Anne Arundel, Charles County, and the State Police, who spent these last days searching for our fierce and loving Maeve and Gideon. They have helped us bring some closure to this terrible loss, and our family will always be grateful for their tireless work."

The Maryland Natural Resources Police was assisted in their searches by Charles County Dive Rescue and the Anne Arundel County Fire Department.

McKean, 40, and her son Gideon were in a canoe in the Chesapeake Bay near Annapolis when they disappeared Thursday. The Coast Guard called off the search Friday night.

“It is clear that Maeve and Gideon have passed away,” David McKean said on Facebook Friday. “We were self-quarantining in an empty house owned by Maeve’s mother Kathleen on the Chesapeake Bay, hoping to give our kids more space than we have at home in D.C. to run around."

He said his wife and son got in the canoe to chase a ball that went into the water as the two of them were playing a game of kickball near a small, shallow cove behind the house.

APP USERS: Click here to watch FOX 5 for the latest