A beloved Atlanta police officer was laid to rest on Friday

ATLANTA - Hundreds packed a southwest Atlanta church to say goodbye to a police officer who was shot and killed by his wife.

One speaker told the crowd Atlanta Police Officer Stanley Lawrence loved his job so much he often said he would have done it for free. 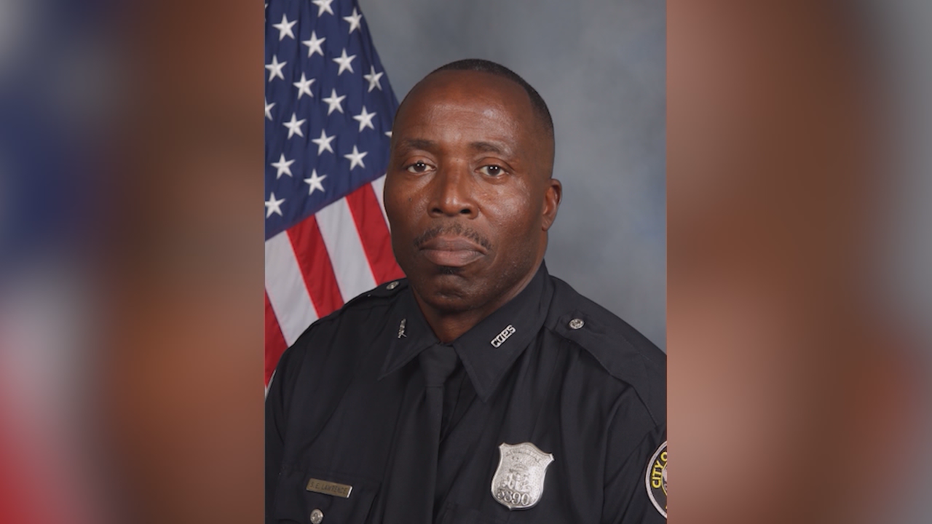 Atlanta Police Chief Erika Sheilds called the 58-year-old officer's unexpected death a gut punch to the entire department. She called Lawrence, who dedicated almost 30 years to the department, a pillar of strength.

"They come in every day and they do what they are called to do and they do it without glory. Stan was one of those pillars," Chief Sheilds recalled, being met with thunderous applause from those in attendance. 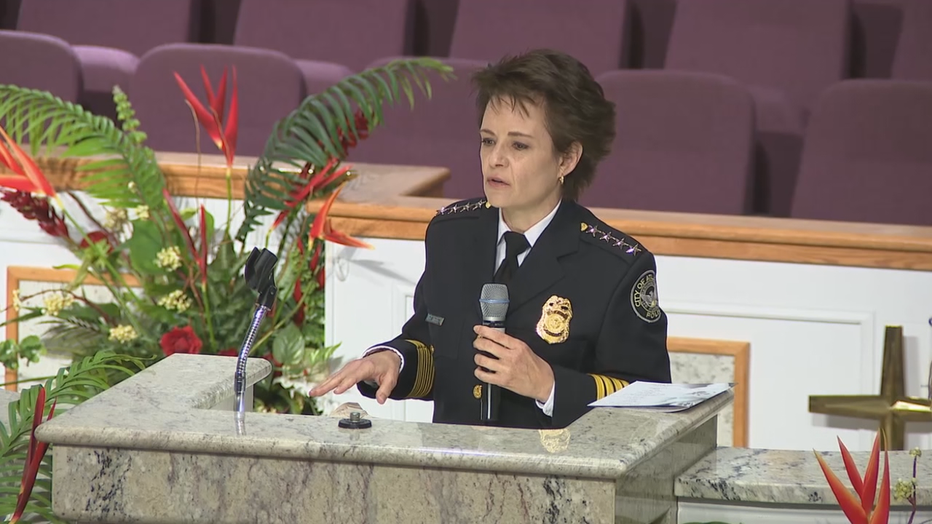 "What he did for us as a police department was nothing compared to what he did for those children," the chief said, again being met with applause from the crowd for describing his work. 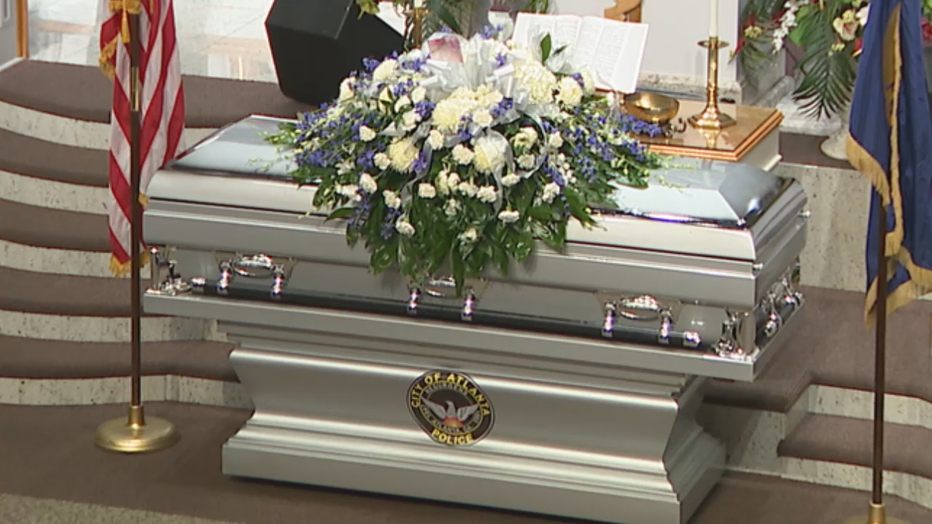 Riverdale police said Lawrence's wife shot him to death inside their home last week. The 58-year-old leaves behind a loving mother and three daughters, one shared scripture on this very special day.

"I would like to say happy heavenly, joyful birthday to my dad today," daughter Alexis Lawrence announced to thunderous applause. 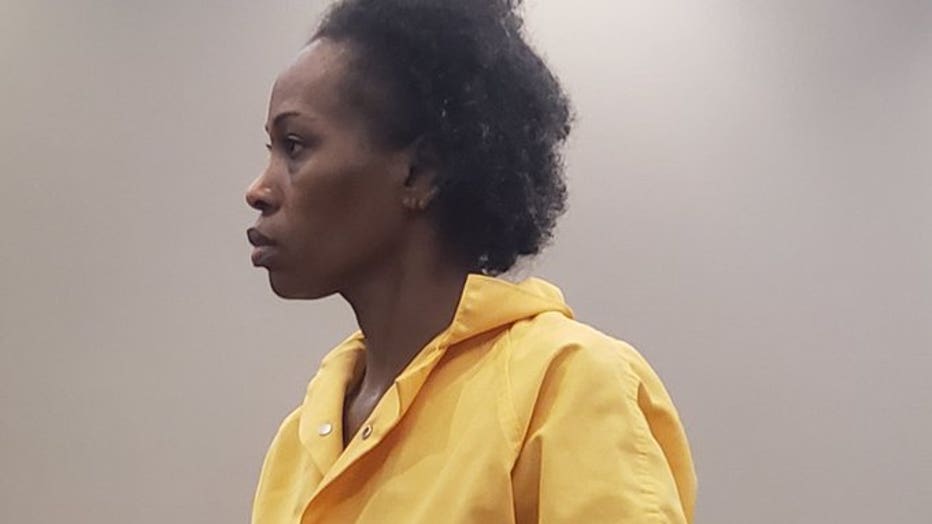 Wife of Atlanta police Officer Stanley Lawrence made a court appearance on Feb. 20, 2020. She is being charged with his murder.

Tammare Lawrence faces felony murder and aggravated assault charges. She is being held in the Clayton County jail.