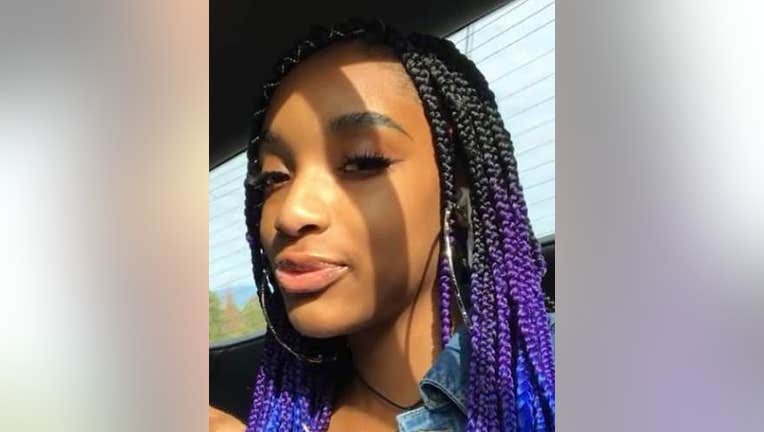 Symone Thompson has been missing for over a year. (National Center for Missing & Exploited Children)

UNION CITY, Ga. - Authorities are hoping that someone can help them a Georgia teenager who has been missing for over a year.

Officials with the National Center for Missing & Exploited Children, the Douglas County Sheriff’s Office, and the girl's family are asking the public’s help to find 17-year-old Symone Thompson.

According to reports, Thompson was last seen on March 2, 2020, at her home in Union City, Georgia. She was just 16 at the time.

Police described Thompson as 5-feet-7-inches tall with a weight of around 130 pounds. She has black hair, brown eyes, and pierced ears.

When the missing teen was last seen, she had purple braids.

Investigators believe that Symone was last seen heading toward Dallas, Georgia and could be near Memphis, Tennessee.