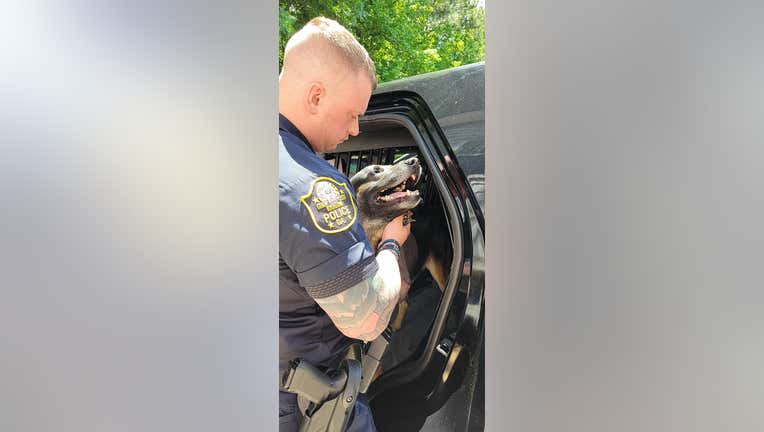 AUSTELL, Ga. - Austell Police K-9 Jerry Lee is home recovering after having his leg removed on Friday. He appears to be doing okay according to a post in his Facebook group.

The K-9 officer shot while tracking a suspect back in April. The K-9 unit was asked to assist in the search for a suspect who was avoiding a driver’s license and safety checkpoint on Chapel Hill Road near the Interstate 20 exit set up by the Douglasville Police Department around 2:07 a.m. on April 18. 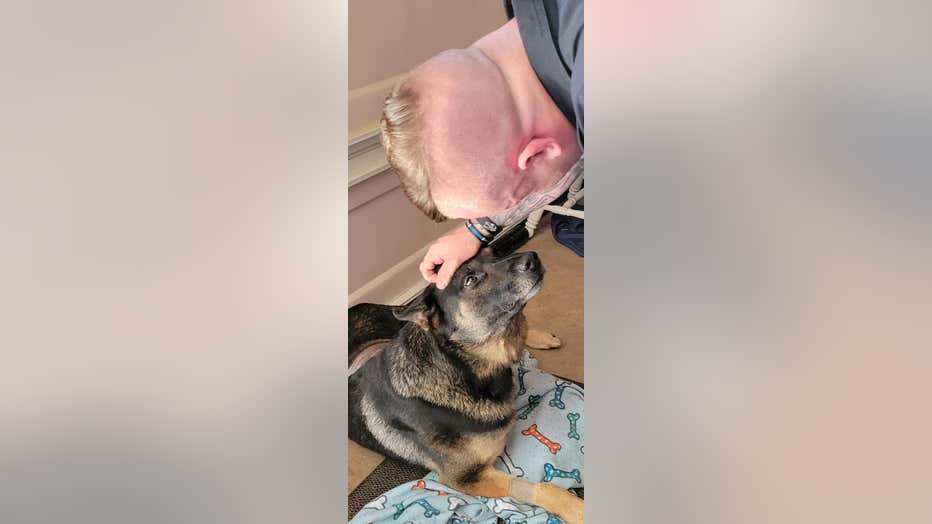 Austell Police K-9 Jerry Lee was shot once in the front leg while tracking the man. The K-9 was rushed to an area veterinary hospital and underwent surgery where it was determined the bullet entered and exited Jerry's left elbow, shattering the bone.

The police department said the original plan for treatment was to have the K-9 put into a molded splint with hopes of the bones fusing together, but this past week, the vet determined Jerry Lee will need to have his leg removed. He will undergo that surgery on Friday. 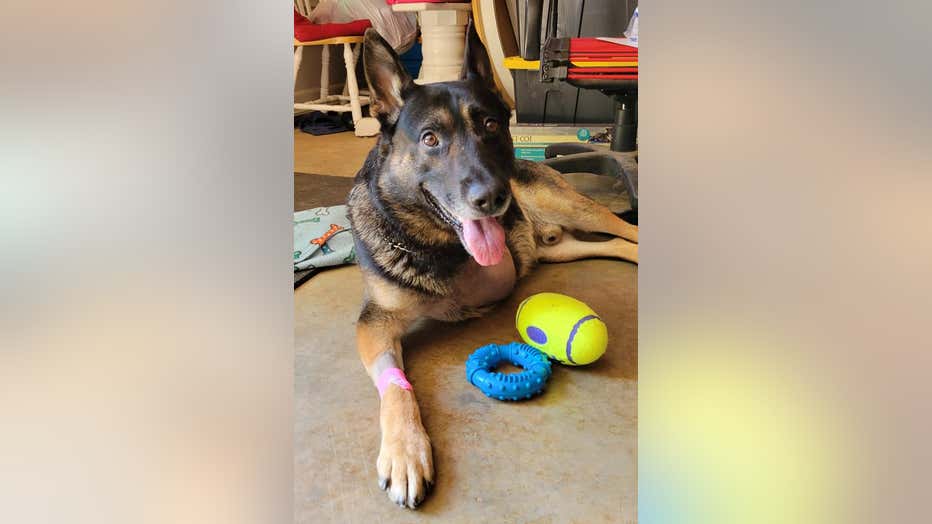 Jerry Lee got home on Saturday afternoon and appears to be in good spirits. According to a post in his Facebook group, he will have his stitches out in a few weeks.

The Georgia Police K-9 Foundation is taking donations to offset the cost of the surgery. Donates can be made by clicking here or at: