ATLANTA - Tuesday marked the fifth day of protests in Atlanta over the death of George Floyd.

Atlanta police said 52 people were arrested during Tuesday's protests.  A Footlocker at Underground Atlanta also fell victim to looting.  That's the first protest-related looting that has taken place since the weekend.  Early Wednesday morning police were called back to the store and shoes could be seen spread along the street.

Including Tuesday night's arrests, there have now been 445 arrests connected to the demonstrations and protests in Atlanta.  Across the nation the Associated Press reported more than 9300 arrests since last week.

People who are traveling to and from work, or are engaged in work activities, are not subject to arrest, according to city officials.

On Monday night, protesters were still in the streets of downtown Atlanta as the city’s curfew neared. Shortly before 9 p.m., police officers and the National Guard deployed tear gas. Protesters largely dispersed, though some remained, and officers made arrests, apparently on curfew violations. A similar scene had played out the night before.

A spokesman for the Atlanta Police Department said the department had made 95 arrests Monday. At least 52 of those arrests came before curfew went into effect, while others came after, according to Sergeant John Chafee.

Kemp declared a state of emergency late Friday and tweeted that up to 500 members of the National Guard would deploy immediately. Late Saturday, he expanded that order to include the entire state for a period extending through next weekend and said he’d authorized up to 3,000 National Guard troops to be deployed as needed to cities having protests. 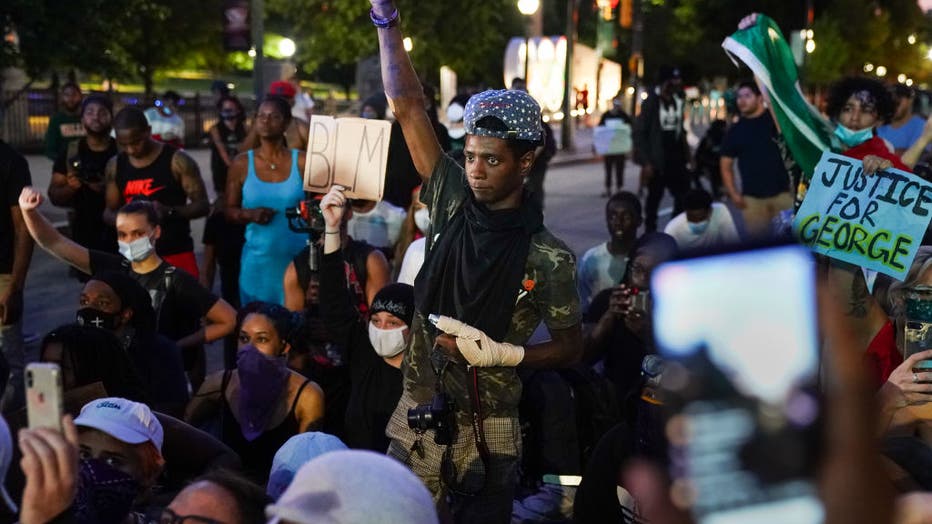 ATLANTA, GA - MAY 31: A protester raises his fist during a demonstration on May 31, 2020 in Atlanta, Georgia. Across the country, protests have erupted following the recent death of George Floyd while in police custody in Minneapolis, Minnesota. (Pho

Atlanta mayor Bottoms praised for response to unrest in city

Atlanta police have said 71 people were arrested Friday night and early Saturday morning, 157 people the following night and 64 on Sunday night. The curfew in the city of Atlanta was extended for a third night to begin at 9 p.m. Monday and continue through sunrise Tuesday.

Protests have broken out across the country since Floyd’s death on May 25. Even as he praised Kemp, the president criticized most of the nation’s governors as “weak” for not cracking down harder on the lawlessness. 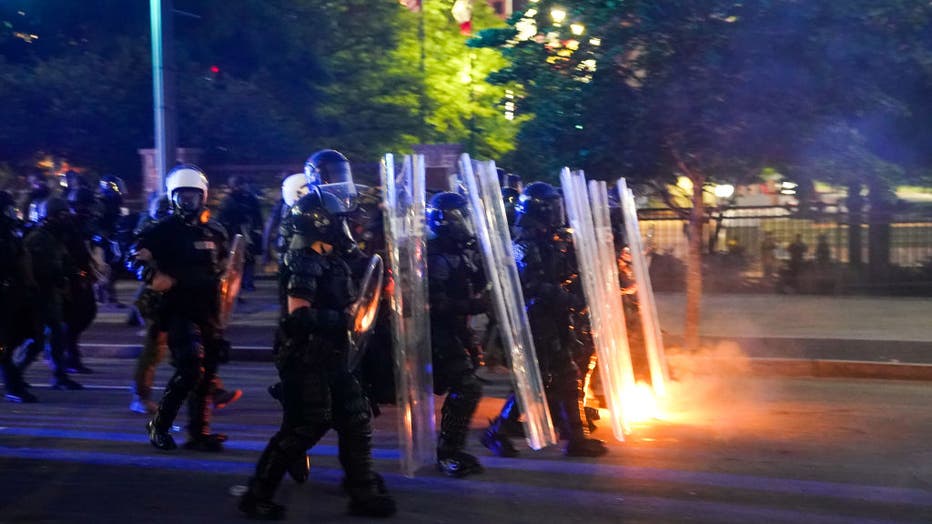 ATLANTA, GA - MAY 31: Police officers advance after firing tear gas during a demonstration on May 31, 2020 in Atlanta, Georgia. Across the country, protests have erupted following the recent death of George Floyd while in police custody in Minneapoli

Derek Chauvin, the white police officer who worked for the Minneapolis Police Department, is charged with third-degree murder and second-degree manslaughter in Floyd’s death. Floyd died after Chauvin pressed his knee into his neck for several minutes, even after Floyd stopped moving and pleading for air.

A fourth day of protests in Atlanta ends peacefully for the city.