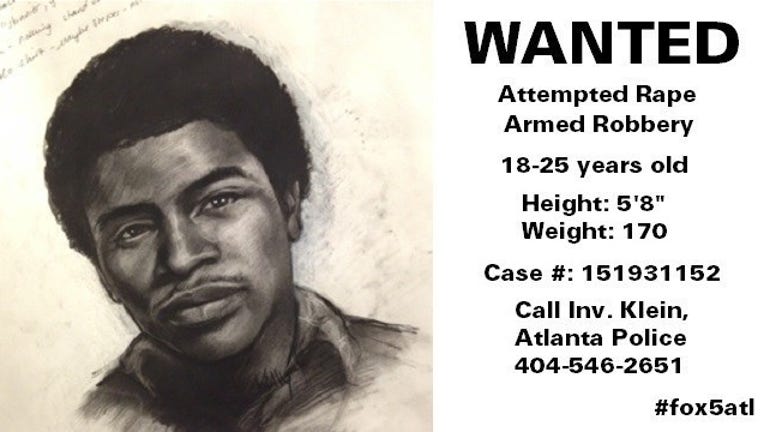 Police are looking for a sexual assault suspect that was also involved a robbery.

According to police reports the female victim told police she was attacked by an unknown African American male, after leaving church in the area of 675 Boulevard

The woman told police that the man approached her and after a conversation with him about his life she let him inside of her vehicle.

According to police the man eventually robbed the woman of her wallet and cash at gunpoint and mad the victim perform oral sex on him.

Police are asking that anyone with information on the case call Crime Stoppers Atlanta tip line anonymously at 404-577-TIPS (8477),