ATLANTA - Atlanta police are searching for a driver who they say struck and killed a woman near a busy intersection in March.

Officials say the incident occurred 3:52 a.m. on March 20 at the intersection between Moreland Ave and Sanders Ave.

In an incident report, Catherine Leary was said to be crossing the street where the suspect hit her. Leary soon died from her injuries, authorities say. 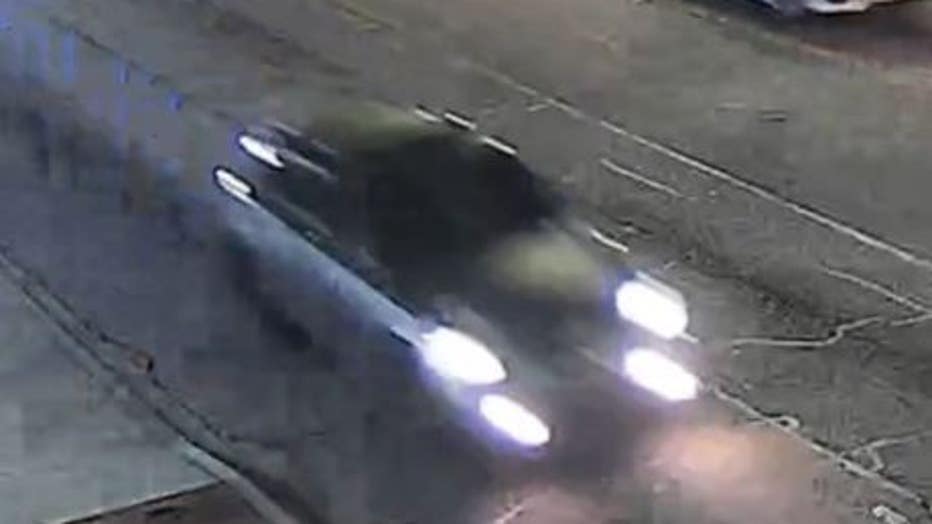 Officials say the suspect was driving a gray sedan. An investigation is underway. 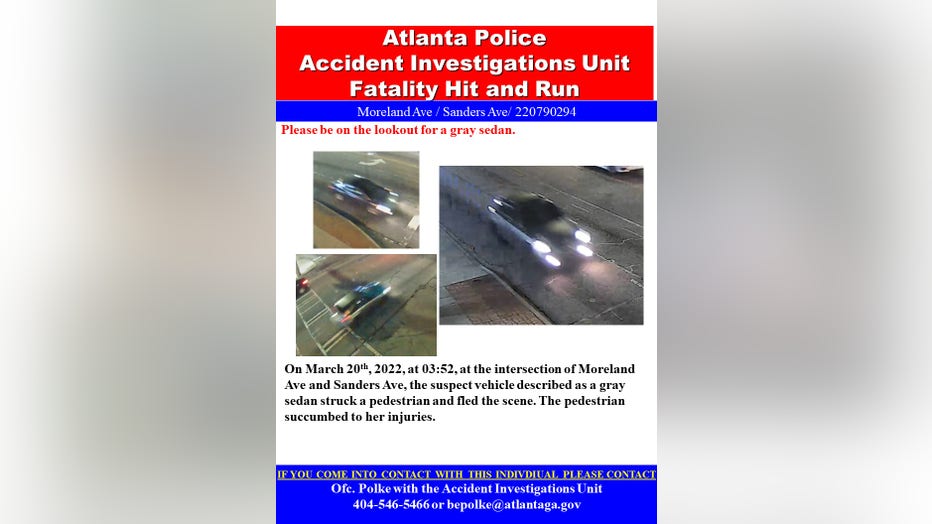 If anyone has any information on the suspected driver, Atlanta police have asked to contact the Accident Investigation Unit at (404)546-5466 or Crime Stoppers Atlanta tip line at (404) 577-8477.

Callers could receive a reward of $2,000.00 according to officials.