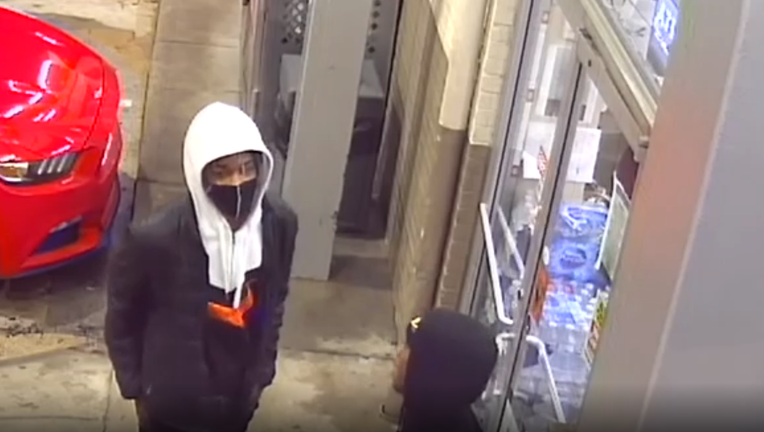 Police said the robbery took place at a gas station located at 1072 Cascade Ave on Feb. 26. Officers spoke to the woman victimized by robbers, who said she was robbed at gunpoint when she returned to her car after purchasing items in the store.

She told police the suspects appeared to have stolen her work cell phone as well.

The woman sustained only minor injuries and refused medical attention.

Police said the men were seen walking through the parking lot at approximately 9:34 p.m. The suspects approached the victim's car at 9:35 p.m. while she was inside the convenience store and got inside, according to an incident report.

The suspects hid by the victim's car and ambushed her at approximately 9:38 p.m. An armed suspect sat in the passenger seat and pointed a gun at her while the other pulled her out of the vehicle.