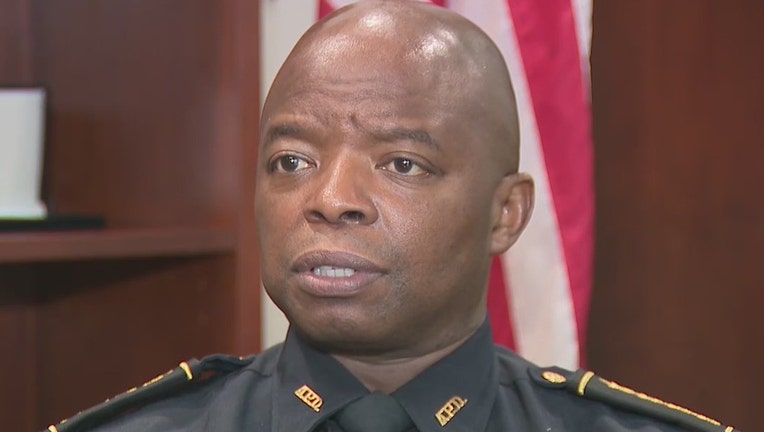 Bryant took the position as interim Chief of Police in 2020 after the resignation of Erika Shields over the killing of Rayshard Brooks. He was appointed to the position full-time in May 2021.

Friday, the city announced that Bryant will retire in June.

"Chief Bryant has answered our city’s call time and again, and I join all of Atlanta’s residents in owing him a debt of gratitude for his steady leadership," Mayor Andre Dickens said in a statement. "I am thankful that the Chief agreed to stay on for my first 100 days as Mayor, and I have grown to rely on the Chief’s counsel during our daily meetings. We will miss the Chief’s leadership as he enjoys his well-earned retirement."

Bryant began his service to the city of Atlanta in 1988 as a police officer. Since then, he rose through the ranks to serving as Deputy Chief, handling security at Hartsfield-Jackson Atlanta International Airport, and assistant chief overseeing the department $188 million budget.

Atlanta police say they have been able to close a lot of cases by making arrests, but say many of those are repeat offenders and leading to frustration by officers at the overall justice system.

"I sincerely appreciate the opportunity to serve the city that I love and call home," Bryant said. "As Mayor Dickens plans his leadership strategies for this great city, I believe it is essential that he and the City of Atlanta have a Chief of Police who is willing to serve throughout his term. I have so many great memories of my career. I could not be more thankful to be ending my career—again—with the City of Atlanta Police Department."

The city will begin a nationwide search for his replacement.

"Atlanta has a dynamic Police Department and a dedicated force of officers serving our people" Dickens said. "I look forward to identifying a leader that shares our vision of an Atlanta that is safe and welcoming for all our residents and visitors."