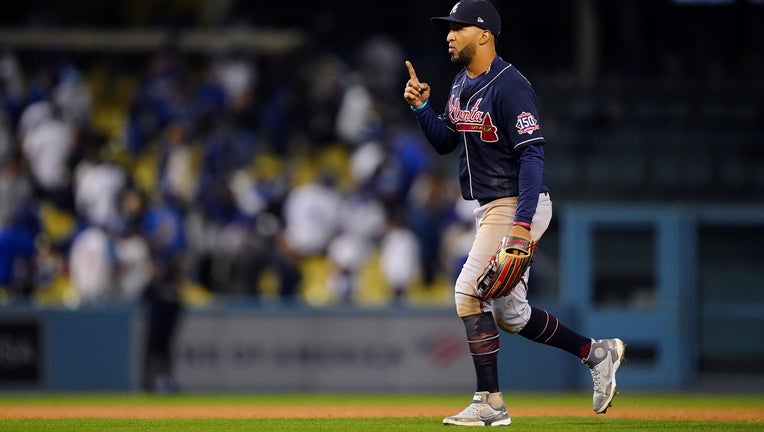 LOS ANGELES - The Atlanta Braves (88-73, first in the NL East) are looking to punch their ticket to the World Series for the first time in 22 years. The Braves must first win one more game against Los Angeles Dodgers (106-56, second in the NL West) to clinch the pennant. That could come as early as Thursday night as Atlanta leads 3-1 going into Game Five.

The NL Championship Series has been anything but boring and Thursday night's game looks to be more of the same. Max Fried (1-0, 3.10 ERA, 1.09 WHIP, 158 strikeouts this postseason) takes the mound for Atlanta. Joe Kelly will start for the Los Angeles Dodgers.

Manager Dave Roberts said the right-handed reliever will serve as the opener of the planned bullpen game. The Dodgers trailed the series 3-1 and faced elimination.

Kelly has pitched a total of 2 1/3 innings against Atlanta in the NLCS, not allowing any runs.

Third baseman Justin Turner injured his hamstring running to first base on Wednesday and is done for the season. MLB approved third baseman, Andy Burns, as a roster substitution.

Turner is not eligible to return for the World Series, should the Dodgers rally to win the NLCS in seven games and advance.

The Braves also welcomed back outfielder Jorge Soler after he was activated following his positive COVID-19 test. Soler hit a combined .223 with 27 homers and 70 RBIs with Kansas City and the Braves during the regular season.

"That’s a great weapon off the bench," manager Brian Snitker said. "He’s been working out on his own, so I think he’s good to go."

Soler, who is vaccinated, was pulled from the lineup for Game Four of the NL Division Series against Milwaukee last week. The Braves beat the Brewers 5-4 to clinch the best-of-five playoff.

Soler was part of the dramatic outfield makeover orchestrated by general manager Alex Anthopoulos after the Braves lost Ronald Acuña Jr. to a season-ending knee injury and Marcell Ozuna to legal troubles.

The Dodgers were 58-23 on their home turf in 2021. Los Angeles has hit nine home runs this postseason, Will Smith has accounted for three of them en route to posting a slugging percentage of .583.

BRAVES BEAT DODGERS 9-2, ONE WIN AWAY FROM WORLD SERIES

The Braves were 46-35 on the road in 2021. Atlanta has a team batting average of .257 this postseason, Eddie Rosario has led them with an average of .467, including three extra-base hits and eight RBIs.

The Braves won the last meeting 9-2. Drew Smyly earned his first victory this postseason and Eddie Rosario went 4-for-5 with a triple, two home runs, and four RBIs for Atlanta. Julio Urias took his first loss of the postseason for Los Angeles.

Freddie Freeman leads the Braves with 179 hits and has 83 RBIs.

During the playoffs, the Dodgers had a .231 batting average, 3.17 ERA, and outscored opponents by two runs

If Dodgers extend the series, Game Six is Saturday in Atlanta.