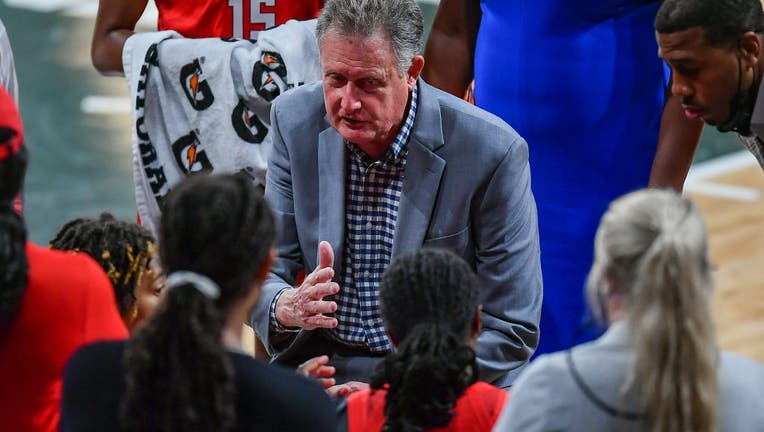 Atlanta interim head coach Mike Petersen talks to his team in the huddle during the WNBA game between the Dallas Wings and the Atlanta Dream on May 27th. (Photo by Rich von Biberstein/Icon Sportswire via Getty Images)

ATLANTA - Atlanta Dream interim head coach Mike Petersen has resigned from his current role with the team due to health concerns.

"For health reasons that the grind of the WNBA season will not allow me to adequately address, I have decided to step down from my coaching duties with the Dream," Petersen said in a statement. "I want to thank the Atlanta Dream players, staff and ownership for the opportunity to be part of an amazing organization."

The team says that Peterson, who served as an assistant coach for the team since 2018, will stay on in an advisory role with the front action.

"It has been a pleasure working with and getting to know Coach Mike," Dream Majority Owner Larry Gottesdiener said. "We appreciate his willingness to step up and take on the role of head coach this season and everything he has done for the team. His experience and leadership will continue to be a benefit to the organization as he transitions to his new role."

Peterson took over as interim head coach just a week before the season started after Nicki Collen left the team to coach Baylor's women's basketball team.

The Dream went 6-13 under Petersen in the first half of the season.

They'll return to practice on Wednesday before opening the second half at Phoenix on Sunday, Aug. 15.