Student falsely accused of racism because of photo

PEACHTREE CITY, Ga. - A metro Atlanta college student has a warning about social media after her picture with a racially charged caption was posted to Instagram. A university investigation showed that Molly Akin had nothing to do with taking, captioning, or posting the picture.

Molly was a freshman at Samford University in Birmingham last year. She and a group of her friends went to a tanning salon and had a bad experience with their spray tans. Perhaps, you can already see where this is going. One of the girls snapped a picture of Molly, adding the caption: “We changing races tonight.” She even used a filter to make Molly’s orange tan look darker. As you can imagine that post set off a firestorm of outrage on campus. The word “we” made it appear as if Molly had gone along with it. The university’s investigation determined she had not.

“It looked horrible,” she told FOX 5.

Molly said she was just as outraged as everyone else on the Samford University campus. But it was her picture in the post and it appeared that she was in on it. 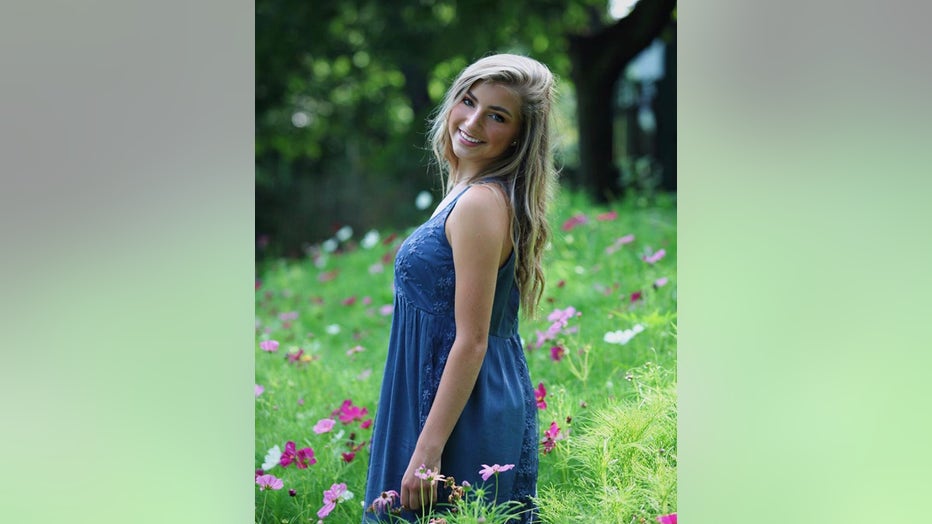 Molly Akin of Peachtree City has been cleared by Samford University for a social media post made by another student.

“I went straight to the administration of my university to make sure they were completely aware of what had happened,” Molly said. “I was completely unaware this was posted, captioned, and that none of this was done with my knowledge or permission.”

Samford University launched an investigation. And while Molly said she waited for her school to clear her name, she was ostracized by friends and got death threats from others.

The university did clear Molly. In a letter shown to FOX 5 from the Samford University Vice President of Student Affairs: “... there was never any evidence brought to my attention that you either created or encouraged that messaging.  Accordingly, no conduct charges were ever brought against you relating to that unfortunate occurrence,” wrote R. Phillip Kimrey, Vice President of Student affairs. 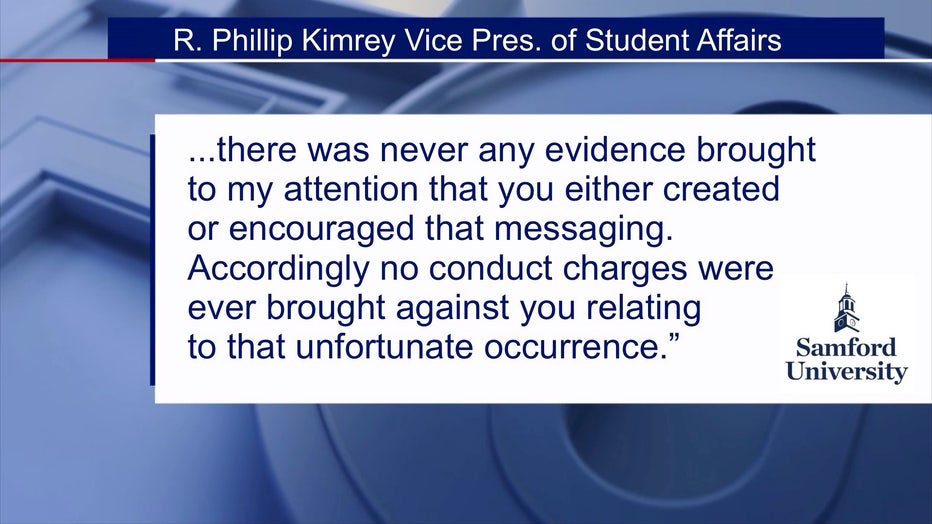 “My understanding is that the person who was disciplined by the university for this post was the person who did originally post it.  The school took it seriously and the school did a thorough investigation and found that Molly herself was not involved.”

Molly warns that this could happen to anyone. “You could be walking through the supermarket and someone could take a picture of you, caption it, post it, without your knowledge and you could become the next face of whatever they are trying to display.”

Unfortunately for Molly, this was not the end of it. She said a teenage television celebrity, with 500,000 Twitter followers, reposted the same photo seven months later and provided personal information about Molly, including her name, her university, and her Instagram account.

Attorney Grunberg said this is called doxing and he calls it a dangerous practice.

“The next you know she is the face of racism for a whole university and she had nothing to do with it," Grunberg said.

Molly has a warning about social media and how quickly a single post can cause so much pain for others.

“This can affect anyone of any age at any time,” she said.

Grunberg adds: “This is something that can haunt you for the rest of your life.”

He offers these suggestions to victims of doxing. First, ask the person who posted to take it down, as well as anyone who may have reposted it. He also said you can appeal to the social media platforms to take the post down. In that case, you may have to show that it is a form of cyberbullying. He said a victim of doxing can also go to local media outlets to help set the record straight. He said you can also find an influencer on social media who has a significant following. Finally, he said you may have to file a lawsuit against the person in order to get your reputation back.

Molly is at a new college this fall and hoping to put all of this behind her. But she said she couldn’t move on without letting others know her story and her warning.