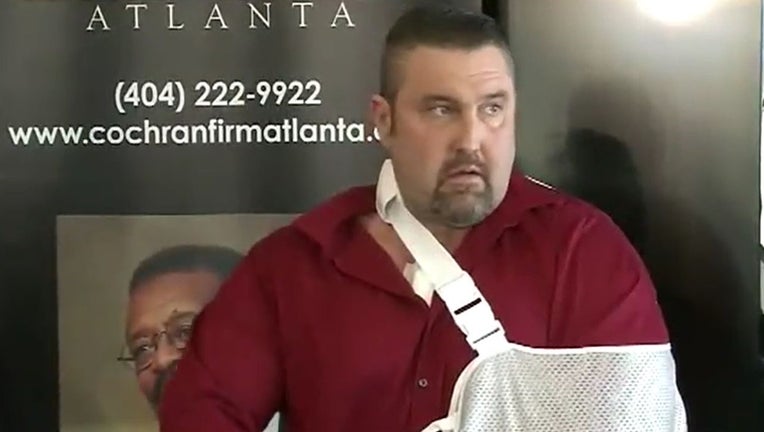 Noel Hall tells his side of the story on March 9, 2017 after an officer-involved shooting a month prior. (FOX 5)

ATLANTA - A North Carolina family will receive just a million-dollar settlement from the city of Atlanta over a 2017 officer-involved shooting.

Noel Hall was in a vehicle with his wife, Christina, and their grandchildren on the evening of Feb. 28, 2017 were leaving the Georgia World Congress Center. Their son had just finished participating in a Supercross event when they encountered an off-duty Atlanta police officer directing traffic.

Hall was attempting to make a left-hand turn, but was told by Sgt. Mathieu Cadeau he could not. When he turned anyway, the sergeant opened fire, having the bullet hit Hall’s arm, exited through his chest, and then traveled nearly hitting his grandson. 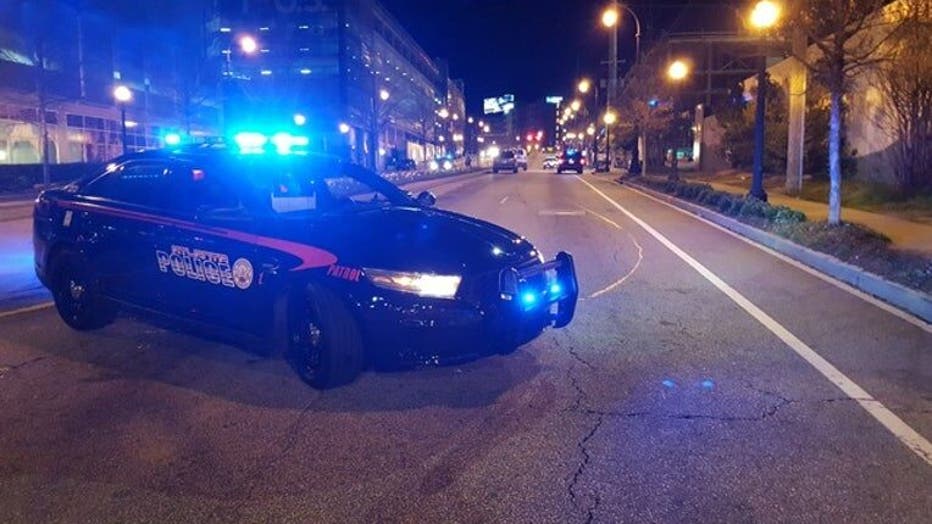 Police block off near the intersection of Ivan Allen Blvd and Northside Drive after an officer-involved shooting on Feb. 25, 2017. (FOX 5)

Cadeau was indicted in Oct. 2018 for aggravated assault among other charges. He initially pleaded not guilty and had filed for an immunity hearing alleging he acted in self-defense. During that hearing nearly three years after the shooting, Cadeau surprised the court by pleading guilty and was sentenced the same day without Hall being allowed to speak at the sentencing.

The Atlanta City Council voted on Monday to award a $990,000 settlement to the Hall family.

Hall’s attorney, Shean Williams of The Cochran Firm, said he was hopeful this means several similar incidents will soon be resolved by the city including the death of Caine Rogers, whose family is also represented by their law firm.