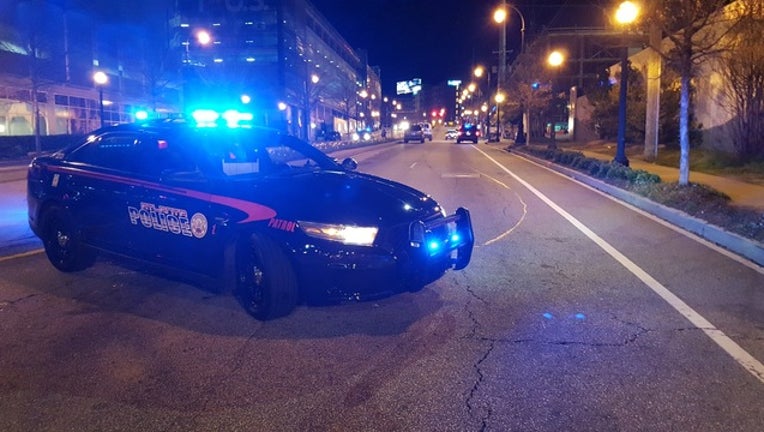 ATLANTA - Atlanta’s chief of police has terminated an officer who investigators said shot a man who had attended a motocross event at the Georgia Dome in February.

A spokesperson for the Atlanta Police Department confirmed to FOX 5 News that Sergeant Matthieu Cadeau was told by Chief Erika Shields on May 8 that he would be released from service effect this Friday.

Police said Cadeau fired a single shot at Noel Hall, striking him. Hall was visiting Atlanta for Motorfest with his wife and son on February 28. Hall said the shooting left him with four wounds that night.

Attorney Sheen Williams with the Cochran Firm Atlanta, who is representing Hall, said his client did not realize Cadeau was a police officer and went around him when Cadeau refused to let him enter. Hall said he then heard a loud noise and noticed a hole in the passenger window.

Cadeau told Atlanta police investigators and the Georgia Bureau of Investigation he had thought Hall was charging at him with his van, forcing him to open fire for his own safety. However, witnesses rebuked those claims during the investigation.

The findings of the GBI investigation will be handed over to the Fulton County District Attorney for a final review.