An Athens woman believes she was targeted in a drive-by shooting.

ATHENS, Ga. - Jessica Robinson said she doesn’t feel safe in her own home after bullets flew through the window, nearly hitting her 16-year-old son.

The mother of five said her oldest son was laying on his bed on Friday night doing schoolwork.

That’s when the shooter or shooters began firing from the woods behind her house.

"I actually start hearing like whistling sounds going off," Robinson said. "I immediately just jumped out of the bed and fell to the ground and said they are shooting our house up! Get down. Get down."

The shots, which she said were from a semi-automatic rifle, were mere inches away from hitting the teen. Moments before the shots began, Robinson said her four-year-old son said someone was on the back porch.

Bullet holes now riddle the teen’s room. They pierced the walls, smashed his mirror, and struck a family photo collage Jessica had made for his sixteenth birthday. 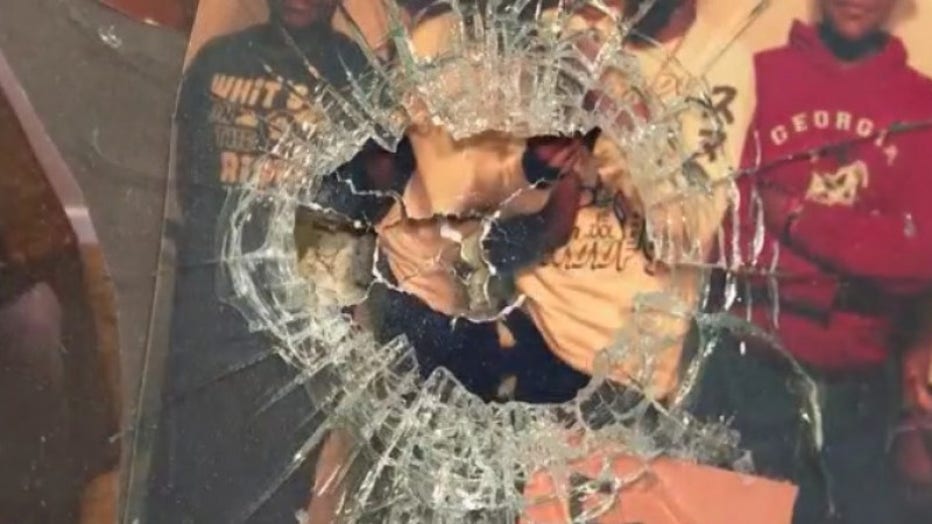 Robinson said Athens-Clarke County are investigating the shooting and are trying to figure out who was in the woods with a gun that night.

She thanks God that none of her children were hit.

"I couldn’t give him more thanks," she said. "I have been saying to myself, God what can I do for you to show gratitude to show that we are grateful, is there anything other than giving thanks that I can do."

Since the incident, they have been staying with family. She wants to find a new place to live because it just doesn’t feel secure there anymore.

Robinson said although they are scared, she felt the need to speak out because gun violence in her community has gotten out of hand.

"Somebody’s got to take a stand and stand up and for our families for our children, our homes, and get the word out," she said.

Anyone with information should call the Crime Stoppers tip line at 706-705-4775.