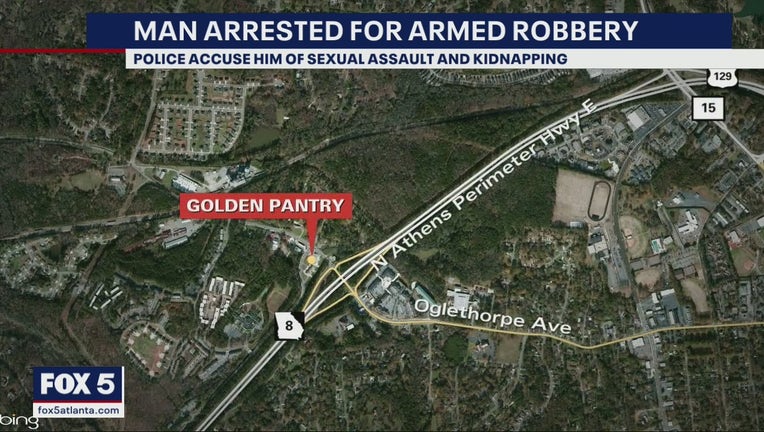 ATHENS, Ga. - Police in Athens said officers were able to apprehend a man suspected of robbing a store, kidnapping the clerk and forcing her to go to a local hotel against their will.

Investigators said Allison entered the store and implied he was armed. He stole several items from the store before assaulting the clerk.

Police said the suspect forced the victim to go to various locations, finally holding the victim at a local hotel. The victim escaped and called police.

Officers located Allison, who they said is believed to be homeless, and charged him with armed robbery, kidnapping, false imprisonment, aggravated sodomy, sexual battery and battery.

Police said the investigation is ongoing and the public can report more information by contacting a detective at daniel.schmidt@accgov.com or (762) 400-7308.