CDC director says COVID-19 is becoming ‘pandemic of the unvaccinated’

During a White House briefing, CDC Director Dr. Rochelle Walensky said cases in the U.S. were up about 70% over the last week, hospital admissions were up 36% and deaths rose by 26%.

Of the 385 samples that were collected, 40% came back positive for COVID-19 antibodies, according to the study.

"Antibodies are the result of an immune response to infection with a pathogen, and their presence does not necessarily suggest a current infection. The tests used to analyze the deer serum samples in this study can only detect antibodies, not the virus itself," the USDA specified.

Samples were taken between Jan. 2020 and March 2021 from animals found in Illinois, Michigan, New York, and Pennsylvania, according to the USDA. 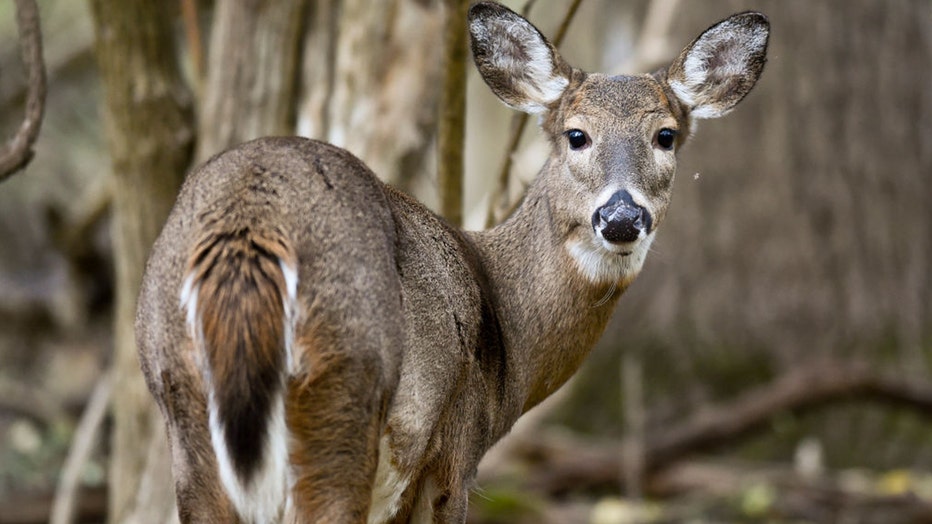 FILE - A whitetail deer looks for food in the woods.

The study also noted that it is not known how the deer were exposed to COVID-19 and that human-to-deer transmission and vice versa were not unlikely, but the chances were low, according to the USDA.

"It’s possible they were exposed through people, the environment, other deer, or another animal species," the USDA said.

"There is no evidence that animals, including deer, are playing a significant role in the spread of SARS-CoV-2 to people," the USDA added.

Researchers also noted that there is no evidence that deer potentially infected with COVID-19 can pass on the virus to any animals or humans that consume its meat.

RELATED: ZooTampa may begin vaccinating animals against COVID-19 this summer or fall

Further study is needed to understand "how zoonotic pathogen spillback into novel wildlife reservoirs may affect pathogen adaptation, evolution, and transmission" of deadly viruses such as COVID-19, researchers said.

"Future wildlife surveillance should incorporate methods specifically designed to detect, isolate, and genetically characterize SARS-CoV-2 and to identify potential variants, as well as other endemic coronaviruses," the study concluded.

In a separate previous study conducted in Aug. 2020, scientists found that white-tailed deer were among a number of animals at high risk for contacting COVID-19.

"We identified a large number of mammals that can potentially be infected by SARS-CoV-2 via their ACE2 proteins. This can assist the identification of intermediate hosts for SARS-CoV-2 and hence reduce the opportunity for a future outbreak of COVID-19," the researchers stated in the study.

The team from the University of California, Davis analyzed and predicted the ability of the novel coronavirus to bind to the animals’ ACE2 receptors in the 410 vertebrate species including 252 mammals, 72 birds, 65 fish, four amphibians and 17 reptiles, according to the study.

Cats, goats, sheep and cattle, meanwhile, were found to be the medium-risk group that included 57 species, while dogs, horses and pigs were among the 40 species considered to be in the low-risk category, according to the study.