Amber Jackson claims an Atlanta police officer slammed her to the ground in May 2020 during a George Floyd protest.

ATLANTA - A woman who was body-slammed by an Atlanta police officer at Lenox Square Mall has filed a lawsuit over the incident.

Amber Jackson and her attorneys say they will hold a press conference Friday afternoon to discuss the lawsuit against the city of Atlanta and the officers involved.

In a recording that went viral, APD officer Cody Swanger is reportedly seen throwing Jackson, a 24-year-old dental hygenist, to the ground on May 29, 2020 after protests over the death of George Floyd.

Attorney Mawuli Davis said Jackson and her boyfriend were leaving the mall when Jackson moved a barricade to get to her car. 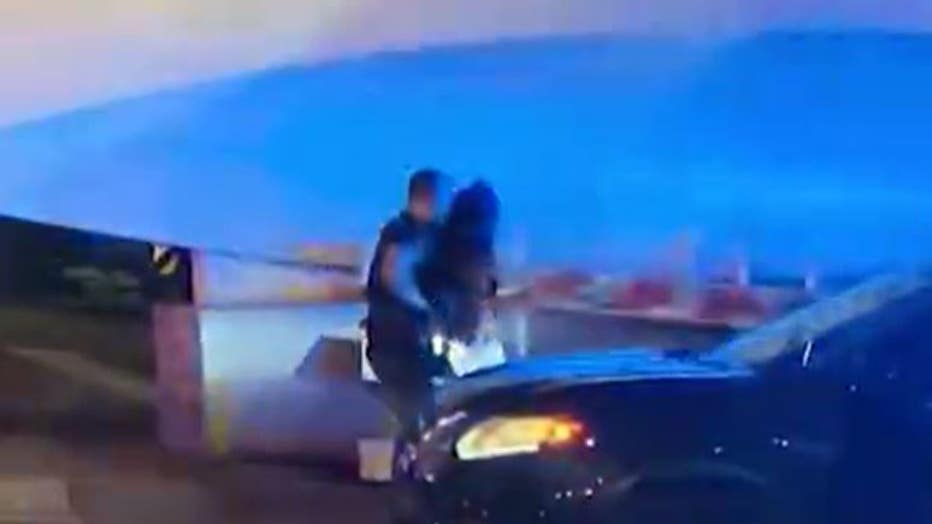 Police cited Jackson with disorderly conduct, but she was not arrested. Davis said the car was searched, but nothing was found.

"They weren’t there to loot. They were there to protest. They were trying to leave the area and that’s why Amber moved the barricade," he said at a press conference in May of 2020.

Amber Jackson had surgery Friday for a broken collarbone suffered during the incident.

The police officer reportedly broke Jackson's clavicle, which required her to have surgery.

After protests, an APD spokesman released police bodycam video of the encounter and said Jackson refused the officer's orders to exit their car. On the video released by APD, an officer could be heard calling the 24-year-old "stupid." 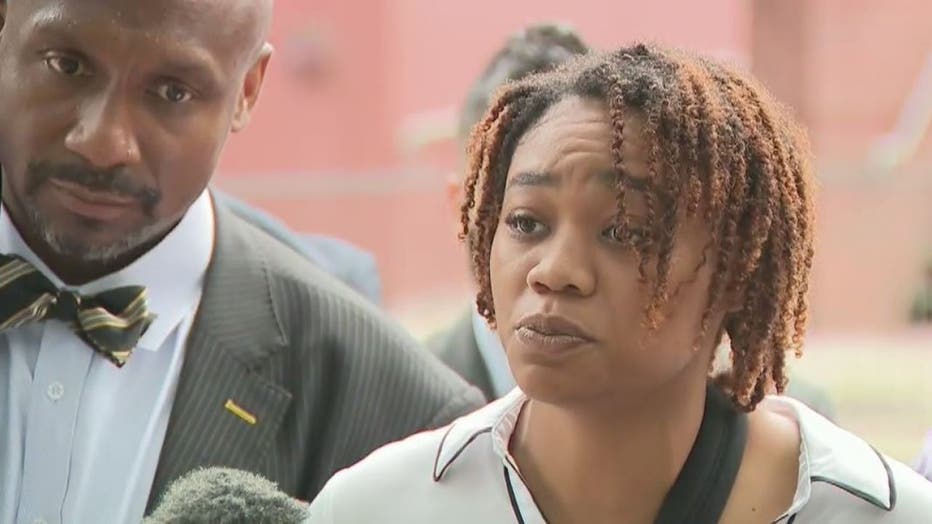 Witnesses at the scene argued that Jackson was following orders and never attempted to leave the mall.

"I did hear them tell her to get out of the car. They appeared to be cooperating as far as I could tell," said Heather Upham, who filmed the incident when she said she sensed trouble.

"As we stated when we filed the lawsuit in the death of 8-year-old Secoriea Turner earlier this month, June will be a month of reckoning for the city of Atlanta. The brutal actions of this officer severely injured Ms. Jackson," Davis said.

Attorneys say the woman had to have surgery for a broken clavicle after she was body-slammed by an Atlanta police officer at Lenox Square Mall.

Last year, Atlanta police confirmed the officer involved was on paid administrative leave pending the outcome of an investigation. His employment status at this time is not known.