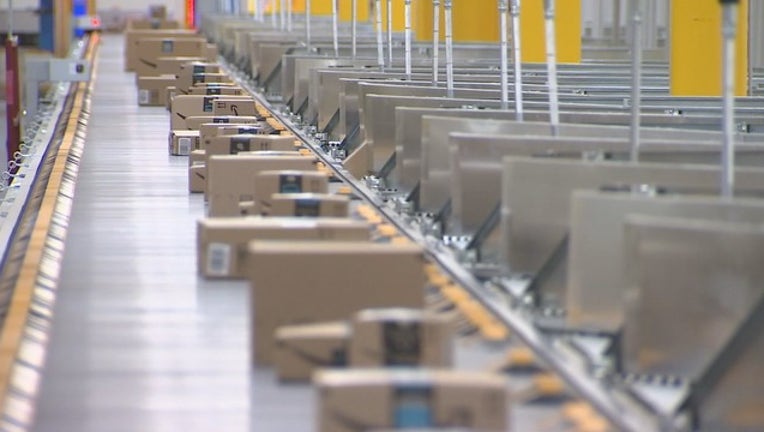 The 700,000-square-foot fulfillment center will be located in Gwinnett and DeKalb counties.

"I am excited to announce that Amazon will expand its operations here in Georgia," Kemp said. "This announcement demonstrates that the Peach State has proven itself as a leading competitor for investment from the world's most revered companies."

Workers at the e-commerce giant's new facility will pack and ship customer orders. Amazon also will hire for positions in human resources, finance and information technology.

It's not clear what the jobs will pay, but Amazon Vice President Roy Perticucci said "we look forward to creating 1,000 new, full-time jobs with industry-leading pay and benefits on day one."

"We're proud to have Amazon expanding their footprint in Georgia and thrilled to have them in Gwinnett," said County Commission Chair Charlotte Nash.

Last year, Georgia was among the finalists for Amazon's headquarters expansion and had offered the company significant incentives. The company ultimately chose New York and Northern Virginia instead, although the New York plans later fizzled.

Amazon, based in Seattle, is the world's largest internet-based retailer and one of the biggest employers in the country.