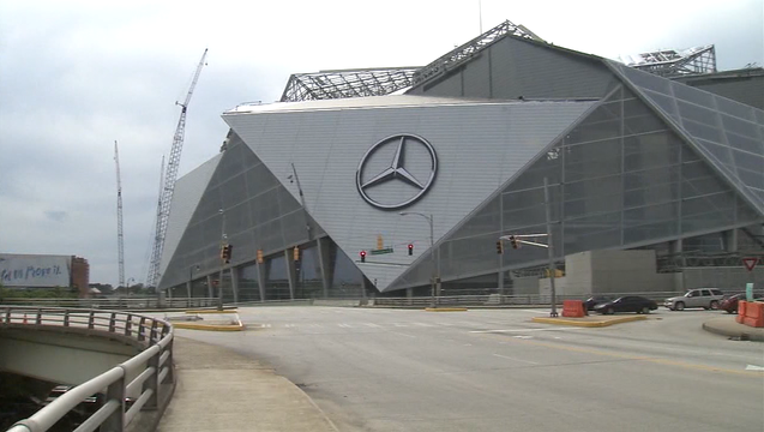 ATLANTA - The Atlanta Falcons posted a first look at the new field inside Mercedes-Benz Stadium with just over a week and a half until the new stadium hosts its first event.

Mercedes-Benz Stadium is set to host a Falcons preseason game on August 26, an Atlanta United game on September 10, two Chick-fil-A kickoff games on September 2 and 4, and a Garth Brooks concert on October 12.

Atlanta lost to the Miami Dolphins 23-20 on Wednesday night in their first preseason game of 2017.

Devonta Freeman scored on a 15-yard reception from Matt Ryan in the first quarter, before starters were pulled from the game.